SARMs are the hottest thing since fried bacon, and with so much hype, it's about time we looked at what these things are, and the SARMs Pros and Cons.

SARMs. You think you know what they do, but you don’t really trust all the SARMs users online. Apparently just as good as normal gear, but with none of the adverse effects – that can’t be true.

Well, it’s not. SARMs do have sides, and it’s pretty important that you know what you put into your body – this isn’t a fast food restaurant where if it tastes good, you don’t care what it is.

They might not be Anabolic Androgenic Steroids, but they certainly aren’t Flinstone gummies. How do these research chemicals work, which ones are safe, and what the hell was in that taco?!

Fear not, we’ll discuss all of this, and overall, discuss SARMs Pros and Cons.

People were suffering from muscle wasting diseases such as HIV/AIDS, and they were losing muscle mass faster than doctors could help them. The human body needs a certain amount of muscle.

There is only so much doctors can do to help patients gain muscle, and eventually started using Anabolic Steroids. These compounds have been shown to be monumental in muscle production, and even when used alone they can help you build muscle [1].

Solved, right? Not so much. Turns out these Steroids have some really nasty side effects. Apart from the normal cardiovascular side effects, you can also expect some Androgenic side effects such as hair loss, prostate growth, and virilization in females.

A solution was needed, and SARMs were theorized as the therapeutic promise. What are SARMs? Well, unlike Steroids that will bind to all the Androgen receptors in the body, SARMs only bind to some, particularly the muscle and bone tissue.

Yes. It is as simple as that. Both SARMs and Steroids do exactly the same thing, the only difference being the severity to which they cause these physical changes.

You get a massive amount of SARMs, and they are still being developed and studied, hence why they are often referred to as research chemicals. These synthetic drugs are not approved by the FDA yet, but can still be purchased legally.

So we have established that they act very similarly to Steroids, and can increase muscle mass, lead to fat loss, and even increase growth hormone. Most SARMs will act upon the Androgen Receptor(s), causing the following changes:

Online forums are very keen on suggesting that you can get all the benefits of Steroids with non of the health risks, but that isn’t really true. Certain SARMs will cause a reduction in Testosterone production and free Testosterone.

There are, of course, certain SARMs that don’t mess with the Androgen receptors at all. These include MK 677 and Cardarine, but they are technically not SARMs.

Because SARMs are so experimental and new, we have to look at clinical trials and anecdotal evidence to paint a full picture of what SARMs can actually do:

Overall, SARMs could really be an amazing addition to the medical world. However, many have started using SARMs in higher doses for the performance effects. This means these synthetic drugs are going to act differently.

Because SARMs are so experimental and new, we have to look at clinical trials and anecdotal evidence to paint a full picture of what SARMs can actually do:

These are the most common side effects. Anabolic Steroids have the same adverse effects, just way, way more. The androgen receptor will be activated less by a SARM, leading to less damage.

The other con of SARMs is the fact that they are banned by the Anti Doping agency called WADA – World Anti Doping Agency. Taking SARMs does give you an unfair advantage compared to others, and therefore they are illegal for professional athletes.

As beforementioned, SARMs act exactly the same as Steroids. They had a clinical development program that’ll result in the same effects, just with fewer side effects. Let’s look at some studies to see how effective these compounds are for muscle mass, and also the negative effects:

This is not the greatest comparison, however, it does show that Testosterone is a lot stronger than Ligandrol [1, 3].

Again, this is comparing two different studies with massively different variables [4, 5]. That said, it is becoming apparent that the positive effects of Steroids are far greater, however, they will negatively impact the endocrine system way more.

As of now, SARMS are not cleared for human consumption, which raises the question – are they even safe?

What are the safest SARMs?

Using SARMs for their muscle building qualities is a relatively safe endeavor. As with every other drug, there are going to be side effects. Not as much as using an Anabolic Steroid, but certainly still some.

The biggest one people like to mention is liver damage, but that can easily be managed to be honest – ask any bodybuilder. That said, there certianly are SARMs that are safer than others.

Something like Ligandrol is going to be great for gaining muscle, and MK 677 is known to have almost zero side effects when illiciting fat loss. Cardarine is another option that is known to be quite safe, even for women looking to lose a few pounds.

The SARMs you want to avoid for safety reasons would be YK-11, since this will require a post cycle therapy. It isn’t really “dangerous”, but will certainly need management while it massively enhances your muscle growth.

When it comes to fat loss, there are various ways a SARM could help you. Increased Lipase production, increased Carnitine shuffle, increased metabolism, there really is a lot.

The best SARMs for fat loss and physical function would have to be MK 677 and even something like Cardarine GW501516. These both help with fat loss in their own ways. Increased lipolysis, and increased fat metabolization respectively.

Neither is going to target Androgen receptors and will therefore not lower circulating testosterone.

If you ask me, nothing will replace hard work for muscle mass. That said, there certainly are a bunch of SARMs you can use to increase your capabilities for muscle growth.

The best SARM for lean muscle mass would have to be YK-11, but as mentioned before, that comes with a host of sides. It is one of the strongest selective androgen receptor modulators.

The more applicable option for every day individuals would have to be something like Ligandrol or even RAD-140. Both can help with lean mass, and won’t significantly affect the natural production of your Testosterone.

Anything is dangerous if you’re stupid enough. These compounds have not been approved for human consumption – yet. And because of that there is a lot of concern about using these compounds for more muscle tissue.

Certain SARMs, like YK-11, will have more sides compared to others, and will require you to manage the side effects more. It will also downregulate natural Testosterone production.

Normal circumstances would dictate you to simply use a post cycle therapy, but that comes with other effects you might not like. Other SARMs like MK 677 or Ligandrol are known to be much easier on the system and won’t really need a post cycle therapy.

The most important thing that you need to remember is that it will be person dependant. If you are more prone to cholesterol, adding SARMs will only make it worse.

Take the time to have your bloods tested and use the correct compounds – also, use sane doses – please.

SARMs are technically legal, yes. While many will demonize these compounds, the truth is you can still purchase them at various SARM Vendors. However, you have to purchase them as “research chemicals” and they cannot be listed as “for human consumption” or as a “dietary supplement”“.

The truth about SARMs

The truth is these compounds work. They are young, and we might need a few years to figure out what the long term effects are of these compounds, but they do work – just like Androgenic Anabolic Steroids. Maybe not as good, but (for now) not as bad either.

They’re new. This means we don’t have any long term studies, and we don’t know what happens if someone uses these things for a long time. Sure, they can prevent muscle wasting, but in higher doses they could have effects we don’t even know of yet!

There are a few side effects, especially on the liver and other organs, but these can be managed.

Every SARMs cycle will have side effects. The stronger the SARM, the stronger the sides. Act like a grown up, respect your body, and don’t just use stupid amounts of product.

There are a ton of benefits to SARMs, chief among which being lower rates of muscle wasting in medical patients. That said, you can expect a reduction in fat, muscle mass growth, increased endurance, improved libido, and even stronger muscles.

Any PED will always raise the question of negatively affecting mental health. It is true that certian Steroids will significantly affect mood, mental health, and even anger, but SARMs… not so much. It certainly is possible, but not nearly as much.

It is still not advised to use SARMs if you are not mentally stable.

What are the downsides to SARMs?

They’re new. This means we don’t have any long term studies, and we don’t know what happens if someone uses these things for a long time. Sure, they can prevent muscle wasting, but in higher doses they could have effects we don’t even know of yet!

There are a few side effects, especially on the liver and other organs, but these can be managed.

Is a SARM a steroid?

No, SARMs are not Steroids. They simply bind to the same position. Just because cars and trucks fill up at the same gas station doesn’t make the car a truck.

Will SARMs fail a drug test?

At work? Probably not, but you will fail a drug test for a sporting event, yes.

Do SARMs make you angry?

While some studies do suggest that you should expect anger, there is very little hard evidence of this. That said, anything is possible.

How fast do you see results from SARMs?

Depending on the particular selective androgen receptor modulator(s) that you use, it might take between 2 – 4 weeks before you start experiencing results. 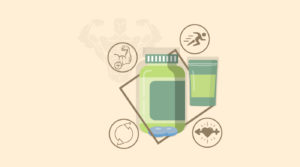 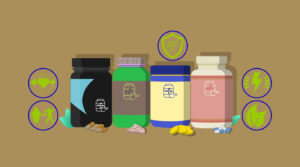 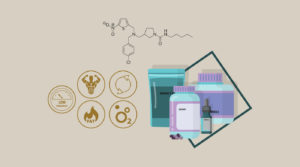 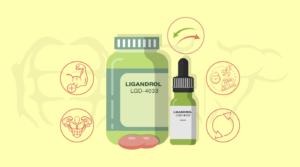 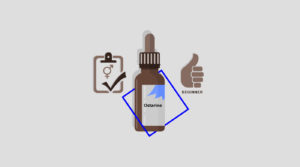 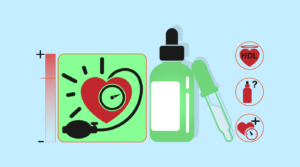