Whether you're looking for the edge in your WOD at the local Box, or aiming to decrease your 5 mile time, if SARMs could help, should you use them?

Flashbacks to PT class with the weird gym teacher chasing you round the field.

Heart palpitations that make you concerned.

Sweat in places you didn’t even know you had.

This is what the word cardio does to those who weigh more than 250.

But if you’re reading this article I’m gonna go ahead and guess you’re probably quite fit already.

The term SARMs however, conjures images of jacked dudes with buckets of chicken and rice.

One wouldn’t really think that the two could ever cross paths!

That’d never happen, that’s like saying a guy eating a bat could shut down the global economy.

Huh? It what? That happened? Oh wow. Jeez.

Okay, well let’s see if there’s any real connection between SARMs and Cardio.

Ligandrol 4033 (LGD 4033) is an extremely common SARM, especially amongst beginners. Ligandrol is known to have benefits in regards the normal muscle gain and fat loss which both will aid in endurance and high intensity cardiovascular activities. However, Ligandrol has a little secret up its sleeve.

Originally formulated by Ligand Pharmaceuticals, it has now found popularity amongst men and women who rave about the muscle building, fat loss, and endurance effects.

Scary name, exhilarating results. Ostarine MK 2866 is your standard, run of the mill SARM. With less affinity to the androgen receptors that can cause problems, this SARM can significantly increase muscle mass, decrease fat mass as well as boosting performance.

Ostarine also has reputation for being quite good for vascularity, which is going to be great for cardio purposes! More blood means more oxygen.

SARMs (selective androgen receptor modulators) are products that were designed to replicate the male hormone testosterone, but without any of the drawbacks. See, humans have androgen receptors in various places, ranging from muscles to the prostate. Both will force change when stimulated with the correct compound. Having big muscles? Sweet. Having a big prostate? Oof.

Testosterone has a high affinity to bind to all androgen receptors. When bound, they force a change in DNA, by the formation of new tissue i.e. muscle growth. Now of course as I mentioned before, growth in certain parts of the body like the prostate is not desirable. This is where SARMs really come through. Due to their selective nature, they don’t bind to the receptors you wouldn’t want. You get all the growth and physiological benefits, with non of the drawbacks.

SARMs were originally designed to be used on patients who were suffering from muscle wasting illnesses. SARMs could help these individuals gain muscle at an easier rate whilst having less side effects than other treatments like steroids.

How do SARMs work?

The body has androgen receptors (or NR3C4 – nuclear receptor subfamily 3, group C, member 4) all over the body in select tissue, ranging from muscle, prostate, reproductive and cardiovascular. They have the role of being activated by certain compounds such as androgenic hormones to serve the purpose of changing the DNA in that select tissue.

The most prominent of these androgenic hormones found in the human body would be Testosterone, which is essential for health and development of human beings. Unfortunately, when doctors studied what happened when you give exogenous testosterone to people, they found that this Testosterone also bound to the receptors in the prostate, which can cause cancer.

Compared to Testosterone, a SARM like Rad140 is structurally very different to Testosterone as illustrated above. This is one of the reasons SARMs are selective in nature. They only bind to the androgen receptors in muscles and bones. Thus, they can have the the good effects without having any of the drawbacks.

It will come at no surprise that SARMs are predominantly used for muscle gain and fat loss, and while those two can definitely aid in cardiovascular output, let’s dig a bit deeper to see if there are any other cardiovascular benefits to SARMs.

It will come as no surprise that SARMs cause muscle gain, that’s what they were designed for. Muscle gain is exceptionally good for cardiovascular output. Increased hypertrophy has been associated with a lowering of blood pressure, which of course means your muscles have easier access to oxygen and nutrients, meaning a better time for your lap.

While there is evidence that some SARMs like this GW-501516 can cause an increase in blood pressure, most of the SARMs will not. It should also be noted that having more muscle, means your power output is more, meaning in High Intensity cardio environments you will have an exceptional advantage.

Force = mass x acceleration. Fat people are slow. That’s not fat shaming, that’s just Newton being not-so-PC. If you carry around a few extra pounds of lard, you cannot really expect to be performing at your best.  Fat mass has been associated with high blood pressure, diabetes and high cholesterol. While we all agree Tyson Fury might be the only guy to not live by this rule, for the most part, having less bodyfat is going to help you tremendously.

SARMs have been shown to accelerate fat loss when combined with a caloric deficit and training programme. This will not only make you lighter, but also decrease the load on your heart meaning that Hemi power station can really focus on getting you moving.

They don’t call it Performance Enhancing Drug for nottin’! Some SARMs just straight up improve performance. It has been well documented that certain SARMs can increase strength, which can can be advantageous in High Intensity cardio environments. Other studies have found certain SARMs to increase growth hormone, which can lead to better recovery. Both of these variables can improve cardiovascular capabilities.

Yes and no. Hear me out. Currently, it’s only illegal to sell SARMs as “for human consumption”. These products may only be sold as research compounds, and may not be advertised as a dietary supplement. Also, if you’re competing in a WADA (World Anti-Doping Association) controlled sport, steer clear of SARMs as they are listed as a banned substance.

The Best SARMs for Cardio

So now that we have established that SARMs can in fact have a positive effect on cardiovascular capabilities, let’s take a look at the best ones for the job.

Just like how the flu shot I got from the biggest guy in the gym made me cough for hours, even SARMs have side effects unfortunately. SARMs were originally designed to have as little sides as possible, however they do have some sides.

Some SARMs are so powerful that they do suppress Testosterone. I would do a lot of research about which SARM I’m going to put into my body. If you are going to use a more powerful SARM like S23, I would make sure I have something like Tamoxifen at hand for estrogenic side effects, and that I follow a planned PCT.

Some SARMs are so powerful, they do in fact end up damaging your liver, prostate, and other organs as well. Thus, it is important to make sure you supplement with the correct products to protect your organs whilst on your SARM cycle.

SARMs having negative effects on your blood lipids is nothing new. Multiple studies have shown that SARMs lower HDL (the good cholesterol).

Who should use SARMs for Cardio?

Well, obviously someone who’s gone through puberty. Secondly, SARMs aren’t going to be that magic bullet that’s gonna get you fit without you actually doing something. SARMs still require a massive amount of work from yourself, diet, training and resting like an absolute animal. We all know plenty of guys thinking that SARMs will be the key to them becoming the next big thing, and, well they still have the structural integrity of an Éclair. You still need to put in the work.

That being said, if you have your training and diet ducks in a row, SARMs could potentially be a game changer for you. With tonnes of anecdotal evidence, and quite a few studies to show their effectiveness, the results speak for themselves.

How long are SARMs detectable?

It depends. Because every SARM is different chemically, it will be metabolized differently. Thus, certain SARMs might take longer to work out of the system.

Should I still take my SARM dose on off days?

Yes. For blood levels to remain as stable as possible, do not skip days while on cycle.

Will I need a PCT?

If you run a low dose, or run compounds that aren’t super strong, probably not. But, probably best to check your bloods anyways.

SARMs are definitely a part of sports already. If there is a way to get an advantage people will find it. SARMs can without doubt improve your cardio output, but only if used correctly and optimally. They aren’t going to be a one hit wonder in the way that they’ll fix a bad diet and training schedule, but they may be the extra 5% you need. 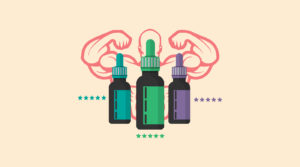 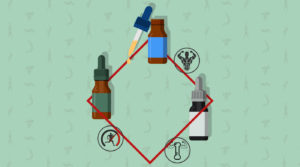 Best SARMs for Crossfit (and Where to Buy) 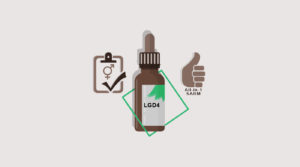 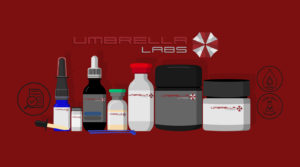 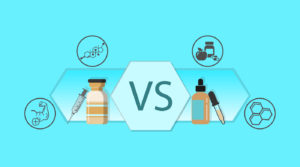 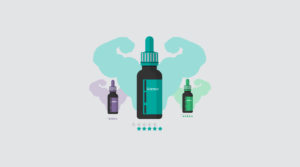