It is said that the German Volume Training (GVT) method, or the use of a 10 set x 10 rep scheme, was popularized by German national weight lifting coach Rolf Feser. It was used as an off-season method, with a two-fold goal:

It was rumored that German Volume Training was such an effective muscle building system that it was not uncommon for members of the weight lifting team to move up a weight class after only 12 weeks.

Charles Poliquin has stated: “You preferably alternate with the antagonist “most bang for your buck” exercise.” This is mentioned because most sources on the net overlook antagonistic work, and talk only about straight 10×10 sets for single muscle groups.

The basics of German Volume Training are:

It is also recommended that you eat aggressively while utilizing German Volume Training. What’s the point of using an intense program like this if you are not attempting to maximize muscle growth and recovery?

To say this program adds muscle fast is probably an understatement. Gains of ten pounds or more in six weeks are not uncommon, even in experienced lifters. – Charles Poliquin

The following is a recommended 5 day German Volume Training split:

Due to the intense recovery demands associated with this program, natural trainees may wat to consider working each body part only once per week. A 7 day workout split is provided at the end of this article.

The following is a sample German Volume Training program that is split up into two phases.

Perform the above 5 day cycle 6 times.

Phase two lasts 3 weeks. For the 10 sets x 6 rep exercises, use a weight that would normally allow you to perform 12 reps per set.

The following is the Muscle and Brawn – German Volume Training variation. Phase A lasts 4 weeks and focuses on 10×10 sets. Phase B is a 2 week recovery period, which utilizes the same weight but a lot less volume.

The split is as follows:

Phase B. During phase B you utilize the same weight as you did during your last Phase A workout, drop the 10×10 exercises to 5 sets x 10 reps. Everything else remains the same. 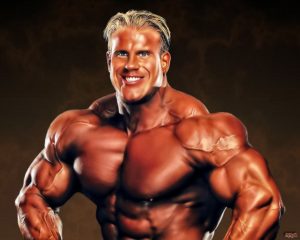 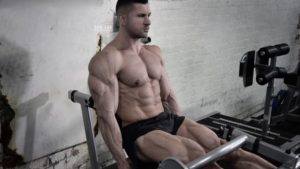 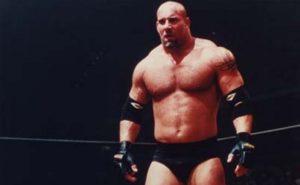 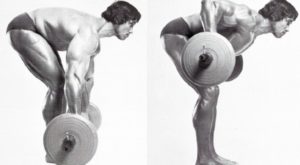 Top 5 Compound And Isolation Exercises For Each Body Part