Bill Goldberg is one of the most famous wrestlers of all time. He wrestled for both World Championship Wrestling (WCW) and World Wrestling Entertainment (WWE) and was inducted into the WWE Hall of Fame in 2018. At the age of 52 (at time of writing) it may seem surprising to some, but Goldberg is still in the wrestling industry. Recently fighting the Undertaker on May 1st, 2019.

Born in Tulsa, Oklahoma in 1966. Bill Goldberg earned a football scholarship to the University of Georgia as a defensive tackle. He turned professional in 1990 after being signed for the Los Angeles Rams as the 302nd pick of the draft. He retired from football early, after a serious injury ruined his chances of playing at a high level again.

Goldberg started wrestling in 1997 after briefly flirting with mixed martial arts and powerlifting. The combination of these very different athletic endeavors has shaped his physique ever since. His wrestling career started with WCW where he had an undefeated streak that lasted a year, with over 150 victories (the exact number is debated). He stayed with WCW until 2003 and then signed to WWE where he has continued to fight (albeit sporadically) to this day.

Wrestlers seem to have the longest sporting careers of anybody, which is crazy when you think about how brutal this form of entertainment is. Yes, the moves are choreographed, and the violence is dramatized, but you’re still being thrown around by some of the strongest men and women in the world for 50+ weeks every year.

This makes Bill’s training program quite unique, as you will see it combines aspects of Olympic lifting, bodybuilding, and strength training. Remember that Goldberg would also have wrestling training on top of this, as well as the shows themselves.

If you are planning on following this program, then you will need to incorporate some form of cardio (preferably as brutal as you can find) as a substitute for wrestling training. If Goldberg’s program lasts for four days, you should perform your cardio on the “off” days. Alternatively, you can add it to the end of the resistance training session though Bill stated that he never trained for more than an hour per session.

Professional wrestler Bill Goldberg at one point used the following workout routine to build his muscle mass and power. 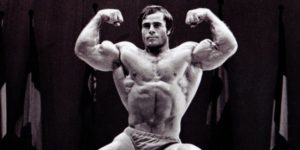 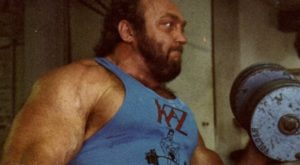 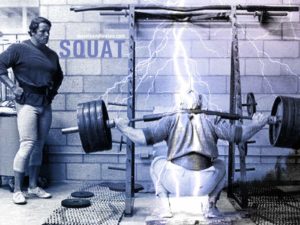