Semaglutide is a Glucagon Like Peptide 1 that can help you lose weight by lowering your blood sugars. It can also lower high blood pressure.

I’m gonna be honest with you, I had to do a lot of research before being able to write this article. And what I found out will shock you!

No, not really. It’s a compound known as a GLP-1 (Glucagon Like Peptide 1) which can help you lower blood sugar levels and reduce the risk of high blood pressure, a heart attack, and best of all, it’s FDA Approved.

Semaglutide injections have been studied as a means to fight the obesity epidemic we are facing, but what can they do for an athlete? The average gym bro?

Does it deserve to be next to your Glutathione and AOD 9604? Let’s see if taking Semaglutide is worth it, and where to buy Semaglutide online.

What Is The Best Semaglutide Supplement?

When looking at something like this, you’re going to meet with companies making big claims and big promises. How do you know what is true and what is not? First off, stay away from Oral Semaglutide. Injectable Semaglutide is always going to work better, and vastly so.

That said, we can start looking at suppliers. We could only find three that we really trust, seeing as it is a very niche Peptide. The one that came out on top was the Semaglutide from BiotechPeptides.com.

Biotech is a company that specializes in only Peptides. This means all research and development is focused on Peptides – I like that idea.

Furthermore, their Semaglutide GLP-1 3mg is dosed rather well ($114 before discounts), as a vial could last up to 4 weeks (at a starting dose). Also, the more vials you buy the cheaper they get.

If you are someone who is looking to lose weight or perhaps someone who pushes the envelope of how muscular a human being can get, this drug class might be something for you to consider. It might not be that sexy, but as you’ll see later on it might have the upper arm.

Best GLP-1 on the Market

As mentioned, this seems to be the best one we could find. Having used some of their Peptides before, I can attest that they have decent quality.

As far as the medication in question goes, they have testing data on their site to show the quality (of all their products).

Semaglutide was originally developed to treat diabetes but can be used for weight management, weight loss, and even just part of a healthy diet.

For the best results possible, dietary and lifestyle changes should coincide with using such a Peptide.

Amino Asylum is another giant in the world of research chemicals and Peptides. It has to be said that they probably have a wider range of products compared to Biotech.

Regardless, their Semaglutide injections are dosed at 5mg per vial, going for around $124.99 before discounts.

As a means to manage low blood sugar levels, this compound can help you lose fat, granted your diet and training is on point as well.

Clinical trials have found that this prescription medication can be used as an effective weight loss medication [1]. 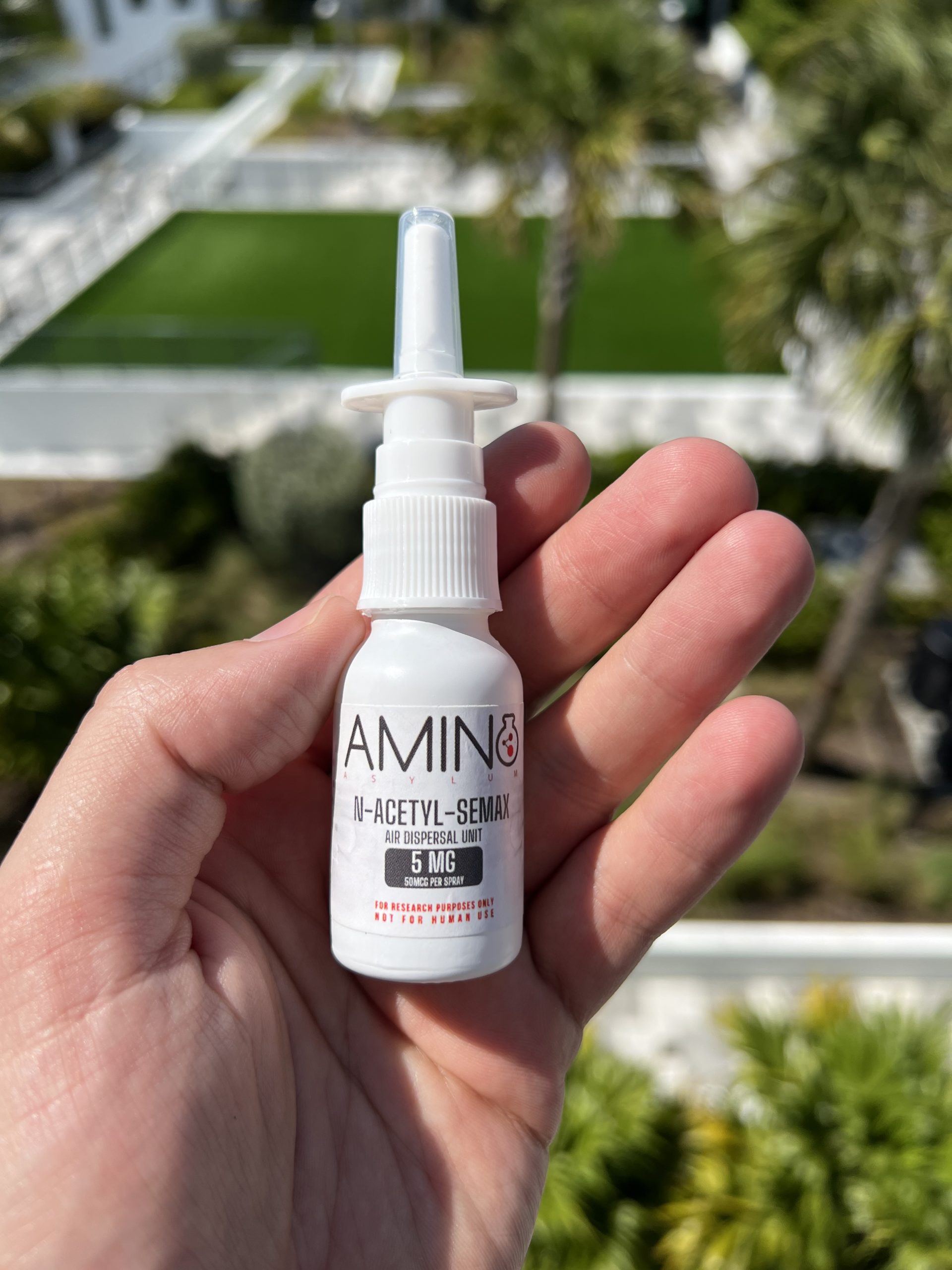 First off, Liraglutide from Pure Rawz is slightly different from Semaglutide. Liraglutide falls into the same category as Semaglutide, however, there are some small differences.

Firstly, Liraglutide is not as strong [2] . In this study, it was compared to Semaglutide and was far less effective at helping the population lose weight. That said, one large reason for this is the fact that Semaglutide is better at reducing cravings.

Liraglutide is still an effective tool to use for chronic weight management, or even just to manage your low blood sugar, which could help you lose body weight.

However, it must be said that Liraglutide is not as effective, but worth being mentioned regardless. 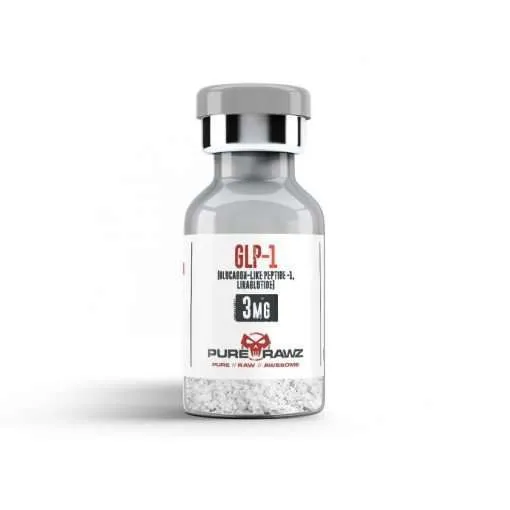 Now that we’ve spent some time learning about where the best deals for Semaglutide online are, it is probably time we learn the mechanism of action of this bad boy.

Semaglutide falls under a class of drugs called incretin mimetics, and these were developed to help the Beta Cells in the pancreas produce enough insulin to deal with elevated blood sugar.

Another interesting thing to note is that Semaglutide has a pronounced appetite suppression effect. This is due to the fact that it slows gastric emptying, meaning food “hangs” around for longer and thus, you feel fuller for longer.

One last thing to note is that Semaglutide seems to have a really good effect on cardiovascular health. A 2020 study found that Semaglutide injection decreased the risk of MACE (MACE; defined as CV death, non-fatal stroke, non-fatal myocardial infarction) [3].

These effects are more pronounced in those suffering from Type 2 Diabetes, which makes sense seeing as the compound was developed for them.

How to take Semaglutide?

When looking at all the studies done on Semaglutide vs other medications, one thing is perfectly clear. Losing weight will still require that you make some dietary changes. Doing some exercise will also help, seeing as both of these will help regulate appetite and glucose levels.

So, how do you add Semaglutide on top of that? Well, precautions first. Anything that messes with the GLP 1 Receptor will have side effects, and the biggest is the risk of lowering blood sugar levels too much. This is why you should not use too much, monitor blood sugar regularly, and watch out for other warning signs (like a severely dry mouth).

Semaglutide should be taken as a subcutaneous injection, preferably before breakfast. Your starting dose should be 0.25 mg once a week for the first 4 weeks. Some medical attention may be needed before you choose to increase, which most people end up doing.

It is imperative that you monitor your blood glucose levels to make sure you are not going Hypoglaecemic.

Side Effects of Semaglutide

Overall, yes. In June 2021, FDA approved Semaglutide as a treatment for chronic weight management. There are various ways of getting it, either by purchasing it online or using a Weight Loss clinic that will prescribe the medication.

Who Should Use Semaglutide?

Apart from those who have a prescription for it? Definitely, those who know that managing blood glucose would help them lose weight.

There is also some argument for those who have severe hunger while dieting (like ya boy). However, those that should not use Semaglutide include those suffering from Type 1 Diabetes, and those who think prescription medications are a magic pill for weight loss.

Metformin is another popular weight loss medication prescribed to those who are pre-diabetic. It is also used by athletes looking to utilize a higher carbohydrate diet since Metformin literally makes you more insulin sensitive.

Using both of these would certainly increase the risk of going Hypo, so, be careful.

The only form you need to care about is the injectable prescription drug. Any oral medication of this specific medication is a bust.

I just wanted to post again with a small update, I started on 3 mg and had no side-effects so went up tp 7mg after 7 days. On 3mg I had appetite suppression but not enough I felt like. Now on 7 there is a difference in that I do not crave things as much or overeat which is what my core issue is. I was usually stuffing my face with everything until I felt sick, now I eat some airfried chicken and sweet potato or some chicken on toast and I am FULL! I still have the odd, sweet thins like 2 small pieces of chocolate maybe but then that is enough! I have no weighed myself yet as I almost never do as I hate the scale but I feel like I am not loosing super quick but my clothes fit better and I am in it for the long haul rather than wanting to loose loads in a short period. I am hoping this will rewire my brain to not over eat. So fingers crossed and feeling hopeful!

The most common side effects are just a bit of injection site pain and then the risk of going hypo, which you probably won’t be getting too seeing as you should be using a normal dose. Serious complications are rare.

When going through a weight loss clinic, some might even include insurance plans in the payment options. If you choose to go through a third-party supplier, the best would be BiotechPeptides.

This Glucagon Like Peptide 1 (GLP 1) is remarkably good as far as weight loss medications go, however, will be far more effective when combined with the right diet and training.

Is Semaglutide good for weight loss?

Absolutely. That said, it is not a magic pill that’ll solve all your problems. You will still need to diet, train, and put in the work to lose weight. It can help lower blood glucose levels which overall can aid in fat loss, especially in those that are insulin resistant.

How fast does Semaglutide work for weight loss?

While the mechanism of action is almost immediate, you will start to see weight loss within the first 2 – 3 weeks of taking the compound.

Is Semaglutide hard on Kidneys?

Kidney function can be adversely affected by Semaglutide, yes. 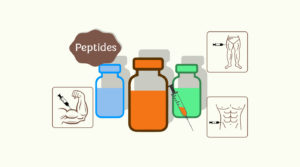 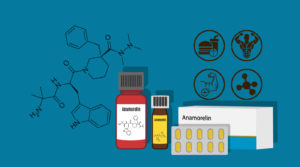 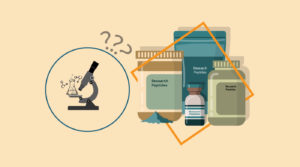 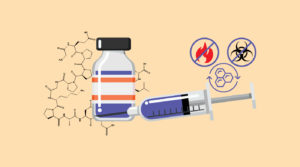 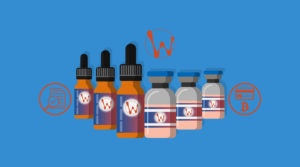 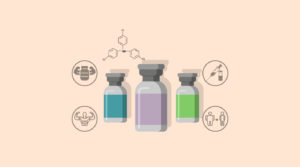