Is Anthony Joshua on Steroids?

For those not so into their boxing (or have been living under a rock for the last decade), Anthony Joshua is a former British heavyweight champion.

With just 5 years of boxing experience under his belt, he won a gold medal for Great Britain at the 2012 London Olympics.

Since then he’s defeated a boxing great in Wladimir Klitschko, whilst holding WBA (super), WBO, IBF and IBO titles; before being defeated by the chubby, cuddly, with hands as quick as a cat – Andy Ruiz Jr. 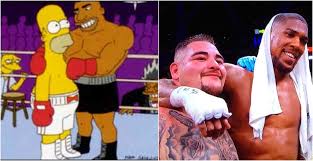 Due to Anthony Joshua’s incredibly muscular physique, many have accused him of taking steroids or PED’s to get to the top. Such people include: Jarrell Miller, Joseph Parker and Gillian Whyte, with the latter calling AJ the ‘Lance Armstrong of Boxing’.

Although Anthony Joshua has never been found guilty of taking any steroids, it’s certainly understandable why people might think he was juicing; looking more like a bodybuilder/Instagram model, rather than a boxer.

So, is Anthony Joshua taking steroids? Or is his brawny physique merely down to gifted genetics? Lets take a look at the evidence.

After being asked by a reporter regarding other fighters who’ve accused Joshua of taking steroids, he replied with the following:

“I take it as a compliment, because I don’t take steroids.” Anthony Joshua

You can watch the following clip below.

Joshua’s language is very direct and to the point. In other posts we’ve analysed, you get guys who will be clever with their words saying “I’ve never been found with anything”, because people who are guilty find it difficult to tell an outright lie.

Alternatively, liars can use repetition, denying that they take anything three or four times in the same sentence. This is also a sign of deception, because having to repeat yourself shows that you’re trying to convince the person listening.

However, during this interview AJ is very direct, addressing the issue head on, whilst clearly saying “I don’t take steroids”.

He also mentions that his dad is also big, sharing similar genetics to himself. This is very common among gifted naturals – you’ll find that their father has a similar build such as in Chris Hemsworth’s case.

This is far from 100% proof that Anthony Joshua is natural, but it does hold some weight. Lets look at some further evidence. 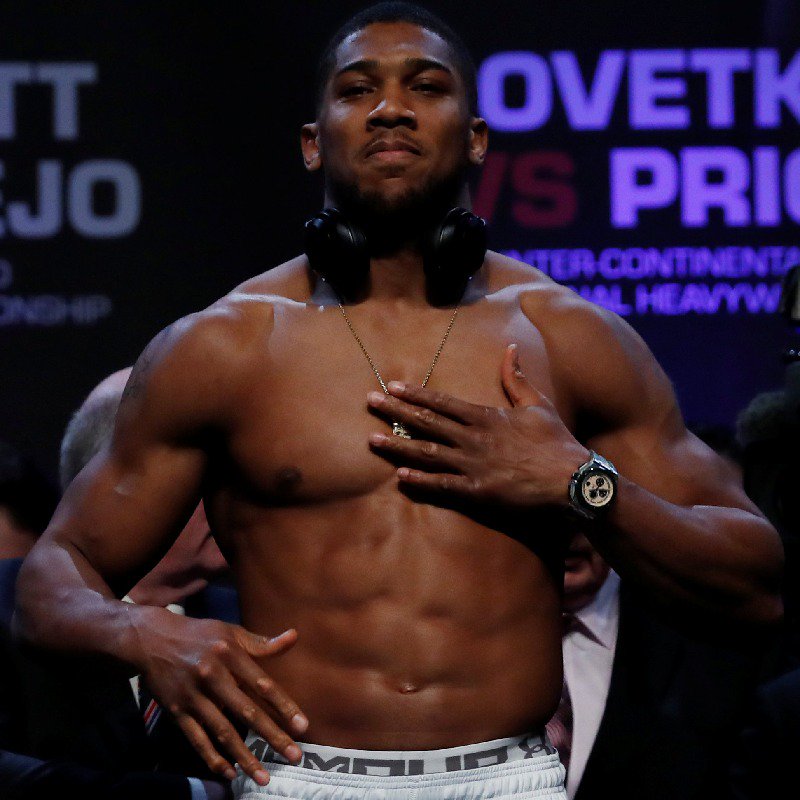 Nothing stands out on Joshua’s body, that would lead someone to think Joshua’s definitely on steroids. Although he’s jacked, he has a natural-looking physique, with no boulder shoulders or cobra-like traps in sight. He’s not insanely dry, vascular or bloated either.

In terms of AJ’s muscle size, he’s very big for a natural. However, his size is certainly possible, taking into account his African (Nigerian) genetics from both his father and mother’s side.

Black people have on average 21% more free testosterone than whites, making it easier for them to build muscle (1).

He is near the limit of what is capable for a black man with great genetics who lifts weights. For example, if you take a gigantic Mr Olympia bodybuilder like Kai Greene when he was natural; he wasn’t much bigger than AJ. Thus with blessed genetics we know that AJ’s size is possible, albeit very rare.

The most verifiable way to see if someone’s on steroids, is to compile their individual gains timeline.

In Joshua’s case, we were able to find a picture of him when he won the 2012 Olympic Gold (below). 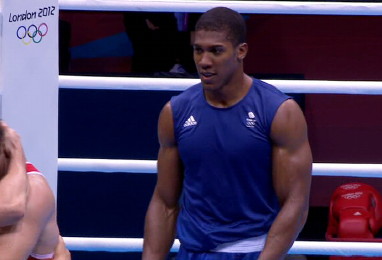 He was 22 years old in this picture, and we can clearly see that he was already swole, before becoming a professional boxer. This shows that he’s not blown up dramatically in size since turning pro.

When someone suddenly gains 30lbs in the space of a month, this is a strong sign of steroid-use.

We couldn’t find any earlier pictures of AJ, thus it’s possible he could’ve taken steroids before this time. However we have no evidence of this.

Random Fact: Back in 2010, Anthony Joshua initially turned down £50,000 with the chance to turn pro, instead opting to compete in the Olympics. AJ said he wasn’t fighting for money, but for medals.

Anthony Joshua has said he used to do weight lifting before he started boxing, maximizing his incredible genetics.

However, boxers seldom lift weights to build mass on their legs. This is because they need to be light on their feet, thus adding bulk here can negatively affect their performance.

With steroid-users who don’t train their legs, you’ll see a huge mismatch in muscle size from their top and bottom half.

However, in natural lifters who are genetically blessed, you’ll find that all muscle groups are well-balanced and of a similar size.

In AJ’s case, if he was taking steroids and not lifting weights for his legs, there’d be a huge gap in terms of muscle hypertrophy. But, we can see that his legs are actually well-developed, indicating that he’s natural.

A bodybuilder on steroids can have well-developed legs, matching their upper body, but the difference there is they will be training their legs hard in the gym – where AJ won’t be. 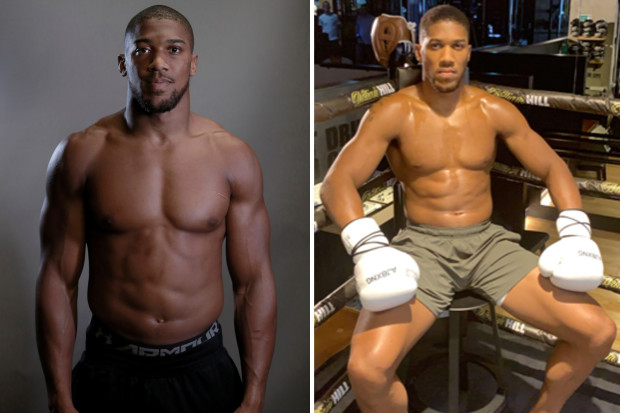 Anthony Joshua said he aims to come in 12lbs lighter for his second bout with Andy Ruiz Jr. His team’s objective is to lose some mass, so he can become lighter and quicker with his hands. Some fans have jumped to conclusions saying this loss in size is due to AJ coming off steroids.

However, if you work it out, this is the exact amount he should lose if he were to stop lifting weights.

You typically gain 20lbs when you start lifting weights, thus you’d eventually lose 20lbs if you stopped lifting. However, if AJ only lifted weights for his upper body, he’d only roughly gain half of this (as he’s not training legs). This 12lbs of weight loss is almost exactly half.

In comparison, if Joshua was taking steroids, and he simply stopped cycling PED’s; he’d lose around 20-25lbs (double this amount). This is because when you take steroids, you gain roughly 50lbs in weight. Once you come off roids, you’ll retain roughly half of this weight and lose the rest.

VADA (The Voluntary Anti-Doping Association) is the organisation that regularly tests Anthony Joshua. Some believe AJ is one of the most tested men in sport. He has never failed a test.

VADA conduct random testing 8 weeks before a fight. Thus there’s no guarantee that a person is a life-time natural, but they almost certainly won’t be on any steroids, before a fight.

VADA has very good track record of detecting cheats in boxing and continues to have a stellar reputation in the sport – in contrast to other testing organisations. One example of a potentially crooked and corrupt organisation is USADA (frequently known to test MMA fighters and boxers). Even fighters have publicly labeled USADA’s testing as having loopholes and being beatable.

USADA are also known to charge large amounts of money, in comparison to VADA, and have done some dubious things to protect fighters.

Here’s an example of a difference in their methods:

USAD in comparison were paid $150,000 for the Pacquiao vs Mayweather fight, with no CIR testing. Plus Floyd was suspiciously given a TUE for using IV fluids (illegal) – IV is a method of re-hydration, which also enables steroids/PED’s to go undetected (hence why it’s banned).

If he wanted to be, Joshua probably could’ve been a pro bodybuilder.

He has insane genetics, thus it’s easy to understand why some people would accuse him of juicing.

However, he’s not the only ever black man to attain such a muscular physique; with blacks having superior genetics for building muscle.

Joshua also has a natural looking gains timeline, has never been caught by the well-respected VADA, has naturally big legs (showing natural muscle development); and has no signs of steroid-use whatsoever.

Thus this verdict is: innocent until proven guilty. AJ looks to simply have insane muscle-building DNA, that his father passed down to him. 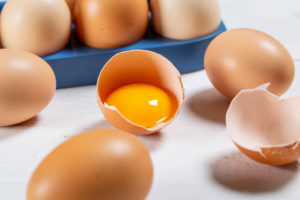 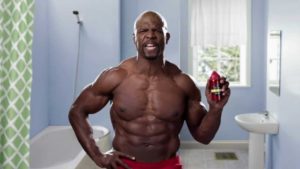 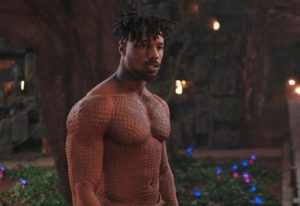 Did Michael B. Jordan Take Steroids for Black Panther? 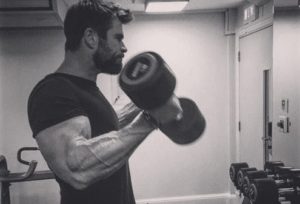 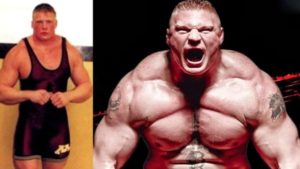 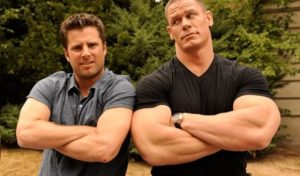 Ernst Ernst Ernst how many times do i have to teach you this lesson old man AJ is a professional boxer you simpleton by that virtue alone hes clearly on juice Ernst i have had his testicles in my hands and felt nothing but emptiness, his balls are hollow ersnt just like yours will be when im done watch wake up ernst watch alter ego eat some duck eggs you fool im going to go and pump synthol into my cock now until we meet again my arch nemesis

Its hard to believe the writer of the article has experienced or conducted any research on steroids and PEDS. The statements made are just ridiculous; from claiming a steroid user would gain 50lbs of mass as if this is universal (find me one guy who ran testosterone alone an did this in their cycle) to saying when coming off a cycle 50% of the gains are lost (Under what PCT regiment? Do they just stop lifting and cut their overall calories and protein intake?).

I’m not saying AJ has took PEDS – I think there is a possible reason to suggest he has taken HGH and Insulin (Given his homeostasis seeming to be very low bf, muscle gain and retention, recovery and skin tightness), but for a person who self proclaims 3000 hours of research and educated others, these are the statements you would hear people from the general public with no knowledge in the field.