The History of Bodybuilding

Since the invention of bodybuilding competitions, the industry has become quite commercialized, but it wasn’t like this a few years ago. Over time, the physical culture has changed a great deal since people are wanting to become more powerful and their desire to gain muscular strength is increasing exponentially.

It’s pretty evident that bodybuilding and fitness competitions are gaining popularity, but one cannot learn the right techniques for becoming the best in the industry if they aren’t aware of its history. In this article, we’ll share the history of bodybuilding for your ease!

The Pre-History World of Bodybuilding

As far as weight training is concerned, it’s known as the athletic activity intended to measure power and gain higher strength in the Greek and Egyptian eras. The Greek and Egyptian societies used stones of different weights and sizes for optimizing the transformation of bodies. It wouldn’t be wrong to say that optimal muscular development originated from Greek ideals.

In respect to the physical culture, it’s traceable back to the 11th century. The idea started long ago in India where stone dumbbells were utilized by people who wanted to improve their stamina and build muscular health. Their prime aim was to accentuate the health standards to overcome regular challenges and these dumbbells were known as Nals. As history progressed, India became an important place for gyms, and fast forward to the 16th-century weight training became a national pastime.

Gym wear has changed over the years, from elasticated clothing of the 70s to flamboyant leotards and bright colors in the 80s. Even the 90s had its fair share of whacky, sleazy tracksuit action. However, there is one item of clothing that has never ceased to be popular among bodybuilders – gym shorts have always been a staple of the wardrobe, whichever decade you want to look at.Almost every bodybuilder can be seen donning their best gym shorts on a summer’s day. Since their initial introduction in the early ’60s, there have been fabulous advancements and transformations over the years – breathable fabric, fast-drying material and so much more. Comfort has never been so important with gym attire as it is today, and society places more emphasis on bodybuilding now than it ever has before.

At the start of the 19th century, weight training dynamics changed considerably because the fundamental dynamics were revolutionized. For instance, weight-training and stone-lifting gained a different perspective, turned into the new training system, and optimized an unknown end-goal. Back in Europe, weightlifting gained an entertainment niche that directed the physical lifting and weight gain culture like never before. 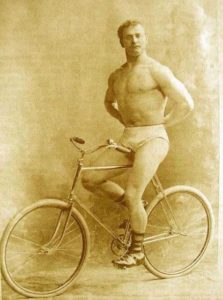 The bodybuilding competition classes were changed, but it didn’t start to change the physique, but it was more to curate the public with higher strength levels. It wouldn’t be wrong to say that this weight training interest led to professional strongmen’s development. On the other hand, the modern weightlifting (that we know today) results from natural development from lifting stones in the dark and corny dungeons.

Unsurprisingly, the weightlifting trends were changed and gained immense popularity with which the period bodybuilding eras from 1890 to 1929 was called off as archaic. Coming forward to the late 19th century, the challenges began to arise when strongmen would have a hard time outlining how to outlift each other. There were additional practices, such as lifting animals and pulling carts. It was pretty clear that the public was amazed and amused by watching all these men compete.

However, the physique and appearance didn’t matter and impact the overall prowess. Similarly, the heavy limbs and thick stomach with a protruding outlook were pretty standard, and it might be the impact of a “special” bodybuilding competition workout routine. When it came down to the bodybuilding competition rules, the aesthetics and overall symmetry didn’t matter. With the initiation of the 20th century, the gap between strongmen and overweight was slightly emerging.

With this being said, Eugene Sandow became the first “famous” bodybuilder, and it wouldn’t be wrong to call him the father of modern bodybuilding. He became the ultimate appearance of strength and muscle quality, and after winning multiple bodybuilding competition rewards, he became the physical, cultural icon. It was pretty clear that different physical cultures were outlining new and better healthy lifestyle that optimized the weight training.

There was no such image in the bodybuilding competition diet and bodybuilding competition body fat percentage. Strongmen were hardly ever talking about the correct eating habits and body fat levels. It was pretty clear that they were only promoting the physical prowess, and strongmen wanted to achieve this look anyhow. Sandow started the professional strongman career with Europe and traveled to America back in the 1890s.

That’s where he was called the strongest man in the world, and he impressed everyone with higher strength levels. However, the difference between other strongmen and Sandow was his muscular physique with correct symmetries. This body and overall physique curated him to become the promoter of bodybuilding. Similarly, he took a step forward and launched the famous magazine, Physical Culture. Again, he moved on to the development of bodybuilding machinery.

However, the Sandow era ended because he struggled with a brain hemorrhage when he tried to take out the car from the ditch; while trying to impress the public with his physical strength. With this being said, Sandow was responsible for judging the bodybuilding competition categories, which led to his popularity as the Mr. Olympia statue.

The First Bodybuilding Contest of History

First things first, the bodybuilding movement was improved in the 1930s where the development of a balanced physique was highly encouraged. Besides, there was a need to lose body fat, which became an essential part of training techniques. With this being said, the 1930s proposed developing the golden age of bodybuilding when training practices and gyms became a necessary part of fitness regimes. 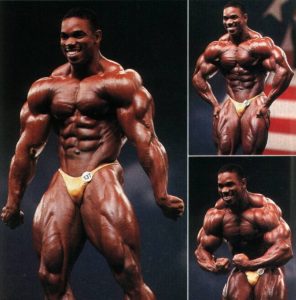 Consequently, weightlifting on the California Coast gained immense popularity among naïve as well as professional bodybuilders. Usually, the hangout places were restricted to Santa Monica, which was being named the Muscle Beach. However, the Amateur Athletic Union was launched in 1939, which increased the bodybuilding competition trends, and they were asked to improve their athletic skills. These bodybuilders were asked to get into the right shape to increase the chances of winning.

Fast forward to 1940, the Mr. America event started, and John Grimek became the ultimate champion. His muscular development was high-end, and the physical improvement was improving with the increment of bodybuilding trends. With this being said, the quality of physique started improving with the increasing popularity of bodybuilding trends. In the 40s, names like John Grimek, Steve Reeves, and Clancy Ross made their ultimate mark in the field.

In 1965, the bodybuilding competitions were being held on massive scales. Some of these events included Mr. Universe and IFBB. Coming into the 1960s, the bodybuilders were making their marks when Arnold started beating Tinerino. With this being said, the international competition was being dominated, and he won Mr. Olympia seven times while he was crowned Mr. Universe around five times. In 1965, Larry Scott won the first Mr. Olympia and won in 1966 as well.

Coming forward to 1967, 1968, and 1969, Sergio Oliva won the game. However, the coming five years were entitled to Arnold since he won the number one spot. Consequently, in 1980, he won the title again and later on became a Hollywood star. That’s to say because Hollywood focused on the muscular actors in their movies, which led to such physiques’ marketing. With this being said, the physique became highly desirable, and the gym industry gained immense momentum.

Back in the 1970s, IFBB became one of the most lucrative bodybuilding organizations out there, and it was curated in more than one hundred countries with the end of the era. Consequently, it became the sixth-largest sporting federation in the world. With this being said, bodybuilding was awarded to the legit sports niche, and it transformed into the multibillion-dollar industry in no time, which made it to the colossal countries.

The Recent History from 1980 To Present Time 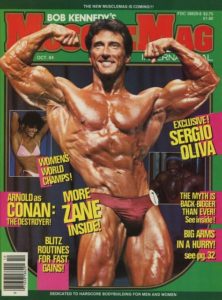 By the initiation of the 1980s, bodybuilding became an integral and famous sports niche, and it wouldn’t be wrong to say that there was colossal crossover affection. The primary reason is that athletes and film stars went into bodybuilding. After all, it improves their overall performance and marketability. For instance, the actors like Chuck Norris and Sylvester Stallone became highly muscular, while the athletes like Carl Lewis became lucrative in the market.

Then, the dieting and weight training practices became central for bodybuilding ethics and morals, and it had been adopted by the society to optimize the highest standards of performance. Also, it will increment the profile. It wouldn’t be wrong to say that competitive bodybuilders became highly muscular because the physical development played an exponential role in optimizing the revolutionary approach. In simpler words, the size played an important role in depicting the athletic prowess.

In the 1960s, anabolic steroids were being used, and its utilization led to an increase in popularity. Consequently, the sponsorships, prize money, and endorsements were increasing, given the increment of bodybuilding. It played an essential role in making the sports niche popular. With this being said, the utilization of steroids incremented a great deal in the 1980s. That’s the prime reason that different types of steroids were increasing.

However, it is also directed into a negative sense because people started using insulin and harmful growth hormones in the 1980s. The utilization of such medications and steroids was commonplace for professionals as well as amateurs. It is to say because they wanted to increase the earning potential with a bigger and muscular body. Similarly, the increment in bodybuilding competitions was growing in the athletes.

The prime reason that bodybuilders had to distance themselves from the rivals if they ever saw someone develop a similar physique or symmetry. However, with the approach of the 1990s, the physique quality improved a great deal during the training techniques. With this being said, there was an improvement in drugs and dietary strategies. 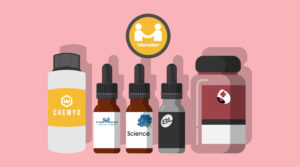 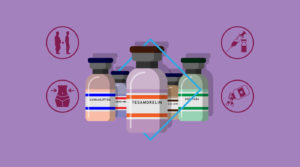 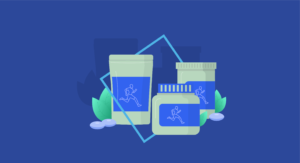 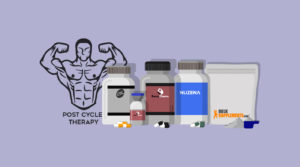 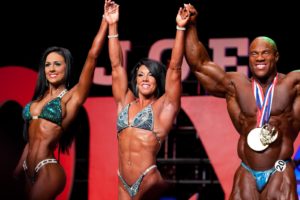 ocial media optimized the modern and advanced form of bodybuilding, and the utilization of high-end tech standards was improving the techniques. The industry was also experiencing the increment of big names, and public relations had a delicate role. It was pretty clear that sponsorships and rewards were increasing. The sports field improved a great deal over the past few decades.

In contrast to Arnold’s era, the physique and symmetry changed a great deal, and the improvement was dramatic. In the modern and recent bodybuilding era, names like Phil Heath, Kai Greene, Dennis Wolf, and Shawn Roden gained immense popularity. In the same vein, female bodybuilding gained tremendous popularity with Lenda Murray and Iris Kyle. That is to say, because of the popularity of Ms. Olympia.

The bodybuilding industry has become incredibly commercial, and it wouldn’t be wrong to say that the sports niche has become extremely popular. The supplement industry experienced a similar strike in the same vein, but the amateur field is progressing a great deal. All in all, the field’s popularity development is accredited to trainers and their social media profiles. Have you ever tried building those massive muscles? Let us know about the journey. 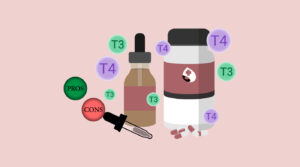 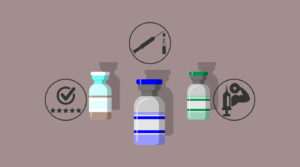 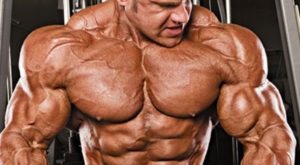 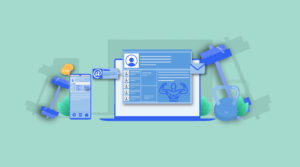 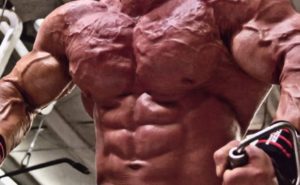 Are You a Beginner, Intermediate or Advanced Lifter? 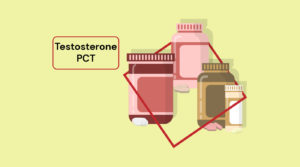