One of the most popular bulking SARMs isn’t actually a SARM at all. It carries the scientific name of Ibutamoren Nutrabol, but it is more commonly referred to by its label, MK-677.

In this article, I’ll provide you with all the information you need to make an educated decision about putting MK-677 into your body.

MK-677, or Ibutamoren Nutrobal, is not a steroid, nor is it technically a SARM. It is what is known as a selective agonist.

An agonist is a chemical that is able to bind onto receptors in the body. It then reprograms the receptor, encouraging it to produce a natural physiological response.

A selective agonist is a chemical that only binds to certain receptors. In this instance, the receptors it binds to in the body are largely responsible for muscle growth and repair and weight management.

It is a non-peptide agonist which works on the ghrelin receptors and those responsible for growth hormone production and secretion.

On some black markets, it is sold as a SARM, but in reality, it isn’t. It may behave like a SARM and it may be very similar to a SARM, but it most certainly isn’t a SARM.

Mk-677 is currently still being studied with regards to its medicinal properties, as it is designed to serve as a medication for people suffering from GH deficiencies.

This compound was created by a company known as Reverse Pharmacology. Initially, it was first designed to help treat people suffering from osteoporosis, along with muscle-wasting diseases and those suffering from obesity.

The main pathway by which this compound works is by stimulating the production of endogenous ghrelin within the body.

Ghrelin is known as the ‘hunger hormone’. It is made by cells in the stomach known as ‘ghrelinergic’ cells. It is the primary neuropeptide found within the CNS or Central Nervous System.

It really gets interesting now because of the fact that it plays a vital role in the regulation of homeostasis, which is a process responsible for the rate in which we produce and utilize the energy within our cells.

This is beneficial because it actually enables us to consume more calories.In addition, it has anabolic effects on the body as it mimics the effect of growth hormone.

GH, along with testosterone, is considered to be a very anabolic hormone responsible for muscle growth, repair, and recovery.

While steroids also have this effect on the body, the downside to them is that they often suppress natural hormone production, plus they encourage an increase in cortisol, the stress hormone that promotes fat gain and loss of muscle tissue.

MK-677 is available for purchase from a large number of online sellers of SARMs. Before making your choice, however, it is imperative that you undertake due diligence in researching the company that you are dealing with. This is an unregulated industry that is rife with unscrupulous dealers. You should only deal with a company that provides full transparency, including publishing 3rd party testing results on all of their products on their website.

The most reputable company to buy MK-677 is from Chemyo.

Muscle catabolism is a natural process whereby the body, thinking that it is starving, will tap into your muscle reserves and start breaking down muscle tissue and converting it into energy. This process largely takes place at night whilst you sleep, when calories are low.

One of the main benefits associated with Ibutamoren is the fact that it helps to preserve muscle tissue and prevent lean muscle breakdown in a variety of ways, exactly like Ostarine and Ligandrol.

To begin with, it enables you to consume more calories, so the more energy you have, the less your body will think it needs at night whilst you sleep.

As well as that, it also helps to prevent the production of cortisol, which is a stress hormone responsible for many anti-anabolic effects in the body.

If you are looking to bulk up and pack heaps of mass onto your frame during the off-season, Ibutamoren is perfect as it helps you do precisely that.

Cortisol is a natural stress hormone produced by the body in times of stress. While it can be beneficial in some situations, for the most part, it is a nightmare for bodybuilders.

Cortisol suppresses the metabolism so you burn off fewer calories and have less energy. On top of that, it also slows down the production of testosterone, which is a highly anabolic hormone that is essential for muscle growth and repair.

Although exercise is incredibly beneficial and good for us, one of the downsides to exercise is the fact that the body does view it as a form of stress.

When this occurs, it produces cortisol.

Normally, endurance-based workouts promote cortisol production, which ironically, will make it harder for you to burn fat and get fit.

Even though it is not officially a SARM, MK-677 has the same legal status as SARMs. As such, it is legal for sale in every country except for Australia. However, it has not been approved by the FDA in the USA and can only be sold for research purposes. It cannot be sold as a supplement or promoted for its muscle or fat cutting properties.

Many companies sell MK-677 as a liquid in a small bottle that comes with a measuring dropper. The concentration is suspended in a liquid for ease of administration.

MK-677 also comes in loose powder form. You will need to measure out your own individual doses, which can be quite a messy process that can lead to wastage. However, the powder form is the least expensive of the three options.

MK-677 is also available in capsule form. In this case, the powder has been measured into gel capsules so that they can be easily taken.

Experts recommend that you begin with a low dosage of just 15mg – 20mg per day. After your first cycle, you can begin ramping up your dosage to a maximum of 50mg per day.

It should be cycled every 3 months.

MK-677 stacks well with LGD-4033 (Ligandrol) in a mass gain stack. Here is a 16-week stack that many guys have had success with.

It involves taking MK-677 at triple the dosage and twice the length of LGD-4033.

There are quite a few online reviews by verified users of MK-677. All of them report substantial gains in terms of lean muscle mass.

Typical results are gains of between 5 and 11 pounds of mass over a cycle. By drinking plenty of water they were able to keep their water retention low.

Most guys also reported that their strength level went up significantly on their compound exercises in the gym.

Some users have experienced the following side effects when using the drug:

Because MK-677 does not cause any suppression of testosterone, there is no need to do post cycle therapy. In the stack described above with LGD-4033, the LGD dose is not high enough to require PCT.

Both MK-677 and HGH are taken to increase muscle mass. The big difference between them is that, while MK-677 is taken orally, HGH must be injected. That is because it does not metabolize in the liver.

In terms of legality, HGH can only be taken with a doctor’s prescription. In contrast, MK-677 can be purchased ‘for research purposes.’

In terms of results, MK-677 and HGH are very similar.

Anamorelin is a compound that was first developed to treat people with anorexia. It has a similar mechanism to MK-677 in that it binds to specific receptors to boost the body’s production of HGH. However, there are more studies to confirm the benefits of MK-677 in terms of muscle gains and prevention of muscle wastage when you are losing body fat. The side effects of MK-677 are also not as pronounced as with Anamorelin.

With the names being so similar, it’s easy to get these two compounds mixed up. They are, however, quite different. MK-677 is a growth hormone secretagogue that mimics the actions of the hormone ghrelin. MK-2866, though, is a selective androgen receptor modulator. It is an androgen receptor modulator. In terms of muscle growth, MK-677 will give you better results with MK-2866 being more geared toward preventing muscle wastage.

Both MK-677 and LGD-4033 are designed to increase muscle mass and reduce muscle wastage. Of the two, LGD-4033 has the most worrying side effects, especially to the liver. That is why your dosage of LGD-4033 should be lower than MK-677. In the sample stack that I have provided, LGD-4033 is three times less than MK-677.

In terms of increasing muscle mass and preventing muscle wastage, MK-677 is definitely legit. So long as you are increasing your caloric consumption by about 500 calories per day (with an emphasis on lean protein and low GI carbs) and training hard in the gym, you can expect to pack on 5-11 pounds of hard lean muscle over the course of a cycle. 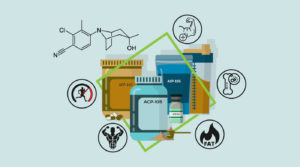 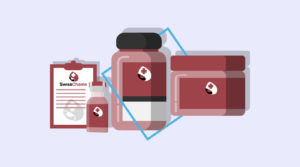 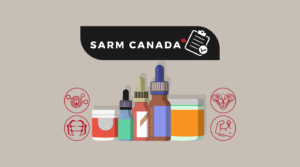 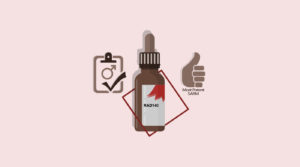 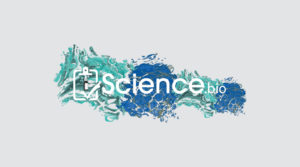 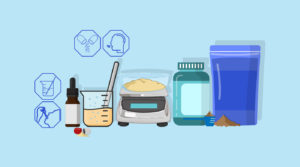 How To Take Powder SARMs