Getting in shape nowadays is, on paper, much easier than it was decades ago, due largely to the fact that we now have access to some of the most effective training tools and pieces of equipment in the industry today.

As you can tell from the title, today we’re focussing on one very popular piece of kit known as a weighted vest.

Specifically, we’re looking at several awesome weighted vest benefits to help prove to you just how awesome a weighted vest really is.

Whether you want to tone up, strengthen up, bulk up, or simply level up your conditioning, it pays to switch your training up and try new things.

Weighted vests are relatively new to the fitness community, on a mainstream level at least, and yet despite this, they are already proving to be highly effective and highly versatile.

If you’ve been mulling over the idea of using a weighted vest, but are not sure whether or not using one is right for your training, check out these fabulous benefits of weighted vests and you’ll wish you’d used them sooner.

What Is A Weighted Vest?

Basically, a weighted vest is a piece of clothing in the form of a vest, that is designed to be considerably heavier than your average vest.

Whereas a normal vest would weigh a few ounces, a weighted vest can weigh several kilograms.

Not only that, but with most weighted vests, you can also add additional weights to them, in order to make them even heavier and add yet more resistance.

These vests are worn by athletes, bodybuilders, gymnasts, and fitness enthusiasts in general, as they can offer a wide variety of health and fitness benefits, which we’ll get to now. 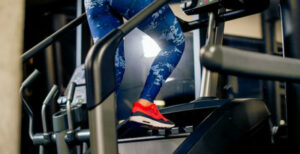 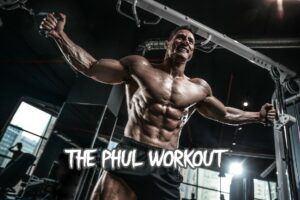 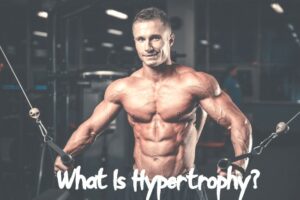 What Is Hypertrophy? – The Science Behind Muscle Growth

What Are The Weighted Vest Benefits?

Hopefully now that you know more about what a weighted vest is, you can now appreciate the many benefits of weighted vests, as outlined below.

Check them out and see what you think.

First and foremost, one of the best benefits of using a weighted vest is simply the fact that it is so incredibly easy to use.

A weighted vest is not some overly complex piece of training equipment like you see in high-tech gyms nowadays, it is basically a piece of clothing that you put on.

You throw them on and go about your workout as you would normally, and take them off when you’re finished.

Another of the mind-blowing benefits of weighted vests that we’re going to be looking at today, is that weighted vests can be used whilst on the go and out and about.

As you know right now, it isn’t always possible to gain access to a gym, but that doesn’t mean that your training needs to suffer.

The great thing about weighted vests is that you can use them on the go, which means that you can wear them whilst out jogging, walking, or cycling.

Many years ago, when weighted vests were first created, they were designed to basically all be the same.

The vests weighed a certain amount and that was it, you couldn’t add or take away any resistance in the form of extra weights.

This meant that once you got used to the weight of the vest, and got fitter, bigger, and stronger, you were basically stuck.

Now, though, weighted vests are designed in a way that allows users to add extra weight to them, or remove it when necessary.

This means that, as you become stronger, and get used to the resistance, you can add extra weights in there to make the exercise even more challenging.

If you’re looking for a great way to burn fat, weighted vests are the perfect fat loss tool.

Weighted vests add resistance to your body, which means that you work harder when wearing them, even when doing a seemingly trivial and mundane activity such as walking.

The added resistance from the vests themselves means that you’re working considerably harder, and therefore wearing a weighted vest during a cardiovascular workout will burn off considerably more calories than if you didn’t have one on.

This is why athletes and people looking to lose weight often wear them during their workouts in order to increase the rate in which they lose weight.

If you’re sick and tired of going through the same repetitive workouts, day in and day out, week after week, month after month, year after year, then investing in a weighted vest is the right thing to do.

Chances are that your workouts do not typically include a weighted vest, so once you do incorporate one into your training, you’ll likely enjoy yourself more and try that little bit harder because it is something new and different.

Okay, when describing the many benefits of a weighted vest, not everybody that is familiar with them would agree that they’re fun.

In fact, they’d call them brutal, but in a good way, kind of like squats.

Despite this, if you mix up your training and look for different ways of using weighted vests during your workouts, you could argue that they are indeed fun.

It is always fun to try something new and weighted vests for many people offer the opportunity to enjoy a fun and interesting workout to help keep things fresh and exciting.

As you might expect, due to the fact that weighted vests do indeed offer you resistance in the form of weights, they’re very useful for people looking to build muscle.

When you wear a weighted vest, you are essentially adding resistance to your entire body, which means that any physical activity that you perform will in fact be the equivalent of a full-body workout.

Whether you’re doing bodyweight exercises, weight training exercises, boxing drills, or even just walking, the added resistance from the vest will help ensure that you are able to increase your lean muscle mass considerably.

On the subject of training your entire body, it isn’t just for bodybuilding reasons that you should consider working your whole body.

Full-body training means that you get to target each specific muscle group, as well as helping to strengthen your core, improve flexibility and mobility, and a whole lot more besides.

If you take a look at how boxers, MMA fighters, and sprinters train, you’ll likely notice that the vast majority of them actually wear weighted vests as a part of their training.

There’s a very specific reason for that, and that reason is that wearing a weighted vest will increase your speed.

If you imagine running with an extra 45-pounds strapped to your body, the more you run with this extra weight, the easier it will become, and the faster you will become.

Removing the weight means that your explosive speed and quickness will have increased dramatically thanks to your workouts and training sessions, so your chosen sporting discipline of choice will also benefit.

The same principle applies to punch, kicking, jumping, and a whole lot more besides, which is just another reason why weighted vests are so popular.

Okay, when talking about the benefits, this is likely not a benefit that too many people will consider, yet we think it’s quite cool.

Another reason to consider wearing a weighted vest is due to the fact that they simply look cool.

If you imagine a tactical vest worn by SWAT teams or the military, that’s pretty much how a weighted vest looks.

How badass is that?!

It isn’t just your speed that will increase with a weighted vest, you’ll also find that they help to increase your endurance as well.

Wearing a weighted vest is a great way to boost your stamina and your endurance, so if you’re training to get fitter, or perhaps for an endurance race or event, weighted vests are perfect.

Another of the more common benefits of weighted vests is the fact that they have been found to help increase your strength.

When you lift weights, whether you are training for strength or not, your strength levels will increase, even if it is just marginally.

By wearing a weighted vest, you are basically training and conditioning your body to be able to handle heavier weights than it is used to, and as a result, you’ll become much stronger.

In particular, if you wear a weighted vest for doing bodyweight compounds such as pull-ups, you’ll notice a very dramatic increase in your strength levels in a relatively short period of time.

Whereas your entire body will become stronger as a result of wearing a weighted vest when working out, you’ll find that, in particular, your core will become much stronger thanks to the resistance from the vest.

Having a strong core is very important because this is where the majority of your strength and power are generated from.

This is yet another reason why so many athletes tend to utilize weighted vests as part of their training.

Right now, because so many of us work desk jobs and spend so much time hunched over at our desks, looking down at computers, tablets, and smartphones, chiropractors are in greater demand than ever before.

As great as this is for chiropractors, it isn’t quite so great for people that are dealing with poor posture.

Poor posture can affect you athletically, it can cause neck ache and back pain, plus it can even make you look shorter than you are.

Another of the awesome reported benefits is the fact that weighted vests can help to improve your posture.

This means that wearing a weighted vest will result in less backache, less neck pain, improved athletic performance, you looking taller, and being able to stand up straighter, and you can also enjoy greater posture as a result.

Whereas some gym equipment and fitness accessories out there are quite expensive and costly, weighted vests are very affordable.

Cardiovascular exercise is incredibly important for anybody looking to strengthen the heart and improve their cardiovascular systems in general.

What does this have to do with wearing a weighted vest?

Well, weighted vests have been found to be incredibly beneficial when it comes to cardiovascular health and conditioning.

When you consider that heart disease is the biggest killer in the world right now, the importance of looking after your heart really becomes obvious, which is yet another reason to use a weighted vest during your workouts.

Another benefit indirectly linked to the cardiovascular weighted vest benefits is the fact that they also help to reduce blood pressure.

Hypertension is responsible for hundreds of thousands of deaths each year, and what is especially frustrating is that it can very easily be avoided.

If you’re worried your blood pressure may be high, or if you’re at risk, incorporating a weighted vest into your training routine will prove very useful indeed. 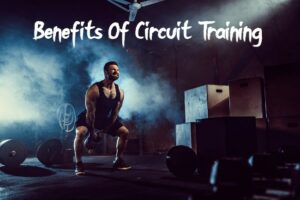 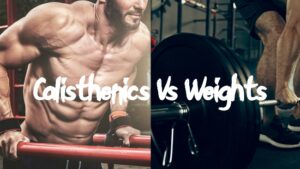 Calisthenics Vs Weights: Which One Is Effective For Muscle Building? 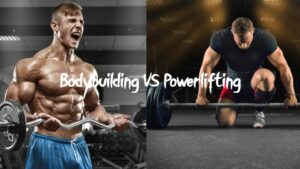 Powerlifting Vs Bodybuilding – Which Workout Is The Best? 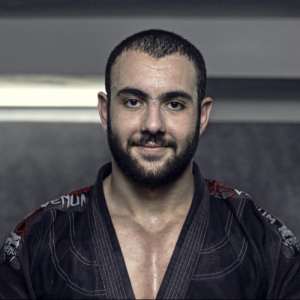 Reda Elmardi is a BJJ, fitness and bodybuilding fanatic. He's been writing about his experiences for over eight years and started his own publications on topics such as BJJ, Steroids, and Fitness.

15 Arc Trainer Benefits And Why You Should Try It 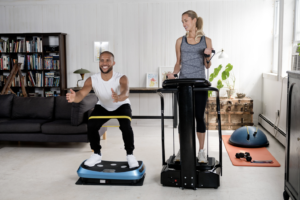