If you’re familiar with bodybuilding, a certain former Mr. Olympia winner from Austria should need no introduction at all.

Arnie is widely considered to be one of the greatest of all time in the world of bodybuilding, and it’s safe to say that he is somewhat of a legend.

If you saw him in his prime, you’ll know exactly why that is.

At 6ft 2 and weighing in at 240 pounds on stage, his physique was about as close to perfection as you could get.

He was big, he had an awesome V taper and a narrow waist, and his chest was incredibly thick.

But how did Arnold built a Mr. Olympia winning physique?

Let’s find out, shall we?

Here’s a look at some of his favorite exercises for each of his body parts.

We’ll start things off by looking at Arnold’s chest workout. Arnie had one of the thickest chests in the industry.

In fact, his chest still, to this day, holds up against many of the current pros.

But how did he build such a thick chest?

Well, he actually didn’t do anything fancy.

Remember, he trained during the 70s and 80s, where things were kept simple.

He emphasized heavy compounds and regularly used to switch things up.

Whereas one set he might perform 12 reps, for his next set he might add more weight onto the bar and perform 5 reps.

One of his favorite chest exercises was actually the dumbbell fly.

Some of his favorite exercises include:

Arnold’s back was also very impressive.

He had an awesome V taper, capped off with a narrow waist and large upper back.

The width in his back was amazing.

Again, training heavy and emphasizing compound lifts is what helped him build what many consider to be one of the best backs in the business.

He would do a lot of barbells bent-over rows, pull-ups, lat pulldowns, T bar rows, and he would often finish with V-handle seated rows.

Some of his favorite back exercises include:

Up next we have legs. At 6ft 2, Arnold was taller than a lot of his competitors, and he had long legs.

He admitted that he struggled to gain size on him.

Rather than accepting legs as a weak point, he instead trained them twice as hard.

His calves were one of his main weaknesses, so he trained them twice or more each week.

Again, compound lifts were his friend when gaining mass, although he used a lot more machines to really isolate the different muscles in his legs.

His favorite leg exercises include:

Arnold has a very rounded set of shoulders.

He really worked all angles of the shoulders and was able to add some good quality mass to them.

He even created a unique way of performing dumbbell shoulder presses and created his own exercise which is now known as the Arnold press.

Basically, rather than just pressing the dumbbells, he would rotate his palms as he brought the dumbbell down, which helped to recruit the front deltoid.

As his shoulders were huge and defined, it’s safe to say that the exercise worked.

Some of his favorite shoulder exercises included:

Finally, we’re going to finish up by looking at how Arnold used to train his arms. Arnold had an enormous set of arms.

His biceps were like cannonballs and his triceps helped him to really fill out his t-shirts and add mass to his arms.

When training arms, Arnold really believed in shocking the muscles.

He would do a lot of heavy curls, including cheat curls, which he actually advocated.

He would also superset his arm workouts and would train beyond failure.

Again, nothing fancy when working the arms.

He would prioritize compound movements with barbells and dumbbells, although he would often isolate the triceps and do a lot of overhead triceps rope extensions.

Some of his favorite arm exercises included:

Now, as you will probably know, Arnold used to train like a beast.

Some would argue that he used to train too frequently, but from looking at his physique, it’s safe to say that it didn’t really affect him.

For we mere mortals, however, we wouldn’t recommend training as often as Arnold.

Arnold would often train twice per day and would work out for as long as up to five hours.

In fact, nobody does.

Not even the pros nowadays.

Now, you can get everything done that you need to in around one hour.

Also, you can check the Arnold Schwarzenegger Home routine.

It’s not the duration of the workout that makes a difference, it’s what you do in that amount of time that matters. 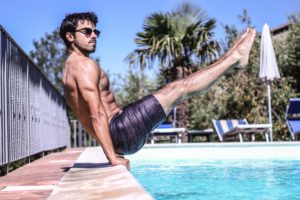 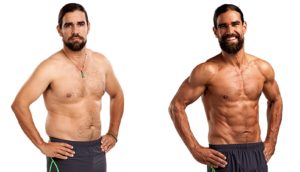 How To Get Rid Of Skinny Fat – The Ultimate Guide 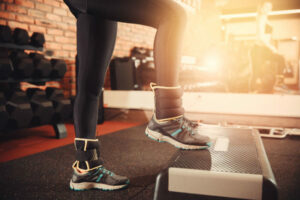 15 Ankle Weights Benefits That Will Improve Your Body