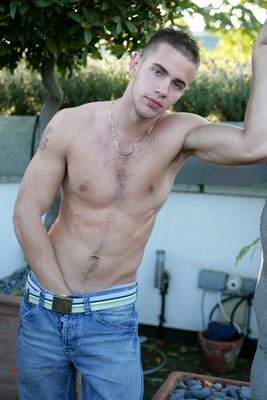 Well it’s been a long wait for Part 2, on my part.  After I wrote Part 1 a couple months ago, I became even more observant in the gym.  When you are walking on a treadmill there really isn’t much else to do other than listen to music and people watch.  I shared my article with some friends and family and many of them sent me some of their observations.

But in all honesty, I have to keep true to myself and report only things I’ve witnessed.  I thought I had a pretty good list in Part 1 but over the pass couple months there has been some very interesting events. This is going to be a short list.  Just two.  But these two are very important ones, and ones that stick out the most to me.  More will come.

Mr. Not Racking His Weights

You see those signs in every gym, “Please Re-Rack Your Weights.”  It seems like such a simple request but for some reason there are those who feel they are more privileged than others.  They think servants follow behind them to clean up their mess.  Well, while walking on the treadmill I had the chance to witness an event that actually made my blood boil.

A guy started to pile on plates on to the Leg Press.  It looked impressive to an untrained eye but when he performed the exercise it was as if he was just bouncing the weight, I don’t even think they could be even called partial reps.  Anyways, that’s another rant for another time.

As I continued to watch him he kept on piling plate after plate until there was no room.  I think he had probably close to 24 plates on.  At this point I was already thinking this was getting ridiculous.  But then he does the unthinkable.  He bobbed the weights up and down less than 4 times, stood up, and walked away from the Leg Press.  I was hoping he would come back and unrack the weights, but nope.  Who was I kidding?

What made it worse was that an elder woman wanted to use the  machine, pissed me off! Luckily there were others around who were nice enough to help take the weights off. The jackass was off doing some butt clenches in the corner.  I’m sure we all seen that happen before. Re-rack your damn weights! It’ll make the gym a much happier place.

Us guys take part in the doing a few adjustments and shifts in the crotch area every so often when it’s needed. But there are times that you need ask yourself, “Is this the right time to sneak an adjust?”   While working out, I’ve seen guys who just can’t keep their hands off themselves.  Makes me want to go up there and smack them to wake up, because maybe they don’t know they are doing it.  But then comes “Mr. Scratch Alot.”

As I sat on the ground after a grueling leg workout, it was a good idea to start stretching.  While I sat on the Precor stretching chair, which I think is awesome, I was interrupted from my meditative stretch by loud obnoxiousness walking in from the basketball courts.

They had all the guys from my first post; The Mirror Guy, The Biceps Guys, The Blatant Looker, and welcoming Mr. Scratch Alot.  This dude had his whole hand down his shorts.  Not just for a second, but while he stood there talking with his buddies.  Already passed the 5 second rule, his hands are still down his shorts.

Then! His other hand goes down his shorts, by this time its already amusing because they haven’t started lifting, one of his friends is flexing his traps at the mirror, and at that moment I’m just waiting for him to shake hands with some unknowing person. Finally they walk over to do an exercises.

Where do you think they went? Yes, the bench press.  They place 45s on each side right away.  Mr. Scratch Alot stands as the a spotter, one hand down his shorts again. As his friend lays back on the bench, Mr. Scratch Alot takes both of his hands and gives his friend a buddy tap on the shoulder, first SCT (Sweaty Crotch Transfer).

The second SCT was his hands onto the bar.  You know that saying, “You don’t know where they scratched last.”  Well if that bar had a voice, he would be yelling at Mr. Scratch Alot to wash his damn hands.  Poor bar saw it coming.  SCT after SCT, it was getting a bit out of hand.  He shook hands with his friends, grabbed a girl he knew on both arms, grabbed dumbbell after dumbbell, and many more.  I think when he wasn’t doing an exercises he was keeping his hands nice and warm.

Although this was a very short list of guys.  I thought, these two needed their own.  I’ve been asked before, how would I feel if someone was watching me and judging me? Well, I don’t workout in Planet Fitness, “The Judgement Freezone,” and if you tell me that any of these guys mentioned is not a ridiculous habit then I will gladly love to observe your workout.  Now I would like to leave you with a very important question – “Where was the last place you scratched?”. Please everyone wash your hands. Thank you.