While there is a great concern whenever hormones are mentioned, this is especially true for men and Prostate Cancer. Would Testosterone increase the risk of it?

As we age, some of us might begin to develop anxiety. This is often due to the fear of losing a part of ourselves and often accompanied by concerns of growing old and no longer being vibrant and being able to do things like we used to.

A common worry expressed from aging men is getting on hormone therapy.

There are many myths that resonate around testosterone replacement therapy. Some people believe that taking hormones, like testosterone, will cause prostate cancer, while others think that it is only for men with low testosterone levels.

The truth is that testosterone therapy can be beneficial for any man who experiences symptoms of Low-T, such as fatigue, mood swings and weight gain.

There is a lot of outdated information about testosterone replacement therapy floating around, and we want to clear some things up.

We’ll be discussing the latest evidence surrounding TRT so that you can make informed decisions about your health.

Testosterone and the Prostate

As men age, testosterone levels slowly decline. This is a known fact. Roughly 2.4 million men aged 40 and above have been diagnosed with low testosterone and nearly 2 million men living with prostate cancer.[1][2]

Men who have low testosterone levels usually experience a decrease in libido and problems with erectile dysfunction, which is common as men age.

The prostates function is to produce seminal fluid. It is a small, walnut-sized gland that sits right under the bladder and in front of the rectum

The prostate goes through two main growth periods in a man’s life. The first begins at puberty when testosterone levels increase and the prostate doubles in size. The second occurs around age 25 when the prostate continues to grow slowly until around age 50. After this, the prostate usually remains the same size or shrinks slightly with age. [4]

Prostate specific antigen (PSA) are a protein produced by the prostate gland. The role of PSA is to liquefy semen to allow the sperm cells to swim, but are often used as a marker to screen for prostate cancer.

Higher levels of PSA typically indicates higher risk of prostate cancer and the higher it gets with time could indicate the presence of cancer, and men with higher testosterone levels show higher PSA levels. [3]

So, now that we know testosterone and PSA rise together, what does this have to do with prostate cancer?

What is Prostate Cancer?

This is why prostate cancer screenings are important, especially for those at high risk.

So, we just learned that high PSA levels is often an early indication of prostate cancer in men. Then, why would doctors want to prescribe testosterone to men if higher testosterone levels means high PSA.

A man named Charles Huggins in the 1940s proposed the androgen hypothesis, which stated prostate cancer and development is driven by androgens (the sex hormones that play a role in development of male characteristics).

In fact, that men with low levels of testosterone are more likely to be associated with having a higher risk of developing prostate cancer.

A meta analysis (a study of studies) of over 19 other clinical studies found that men on TRT had no increased risk of prostate cancer. They compared this to a placebo group (men who took a fake drug with no active ingredient) and found that those in the placebo group had lower PSA levels than those in the testosterone group.[5]

Studies have shown that TRT can raise PSA levels, but it does not increase the risk of developing prostate cancer. This is even true for those who have already undergone prostate cancer treatment for low-risk prostate cancer and are taking testosterone replacement therapy to relieve symptoms associated with hypogonadism (low testosterone).[6]

Perhaps it is this piece of knowledge that makes prostate cancer development from testosterone therapy a complex and misunderstood topic.

Doctors have been prescribing patients testosterone therapy for a long time now, even on patients that have had a diagnosis of prostate cancer in the past.

So while there is certainly evidence that testosterone treatment can elevate PSA levels, it does not show to elevate it to a degree that would indicate a cause of prostate cancer.

There is also much larger number of evidence out that shows TRT to be safe and low-risk. Men with aggressive prostate cancer history should be more cautious when considering testosterone therapy and discuss through a qualified clinic their options to minimize risks.

Many patients were willing to be on testosterone despite the risk that it can potentially lead prostate cancer to reoccur. If it meant to live a longer, fuller, and happier life, then what more could you want.

If you’re considering testosterone therapy to treat symptoms of low testosterone and have prostate cancer in your family history or are worried about prostate cancer, you can always reach out to a TRT clinic, such as evolve TRT, about getting an initial PSA level before starting anything.

Evolve TRT is a hormone clinic that specializes in everything hormones, which includes testosterone. You need to speak with one of their licensed physicians and get a diagnosis before being prescribed anything, so they will ensure you’re getting the best possible care. 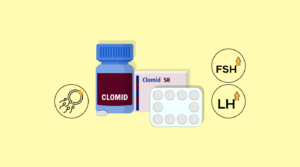 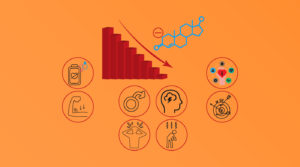 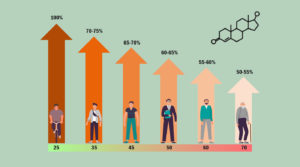 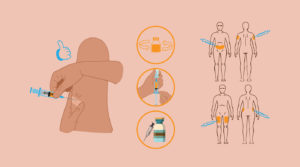 How to Self-Inject Testosterone 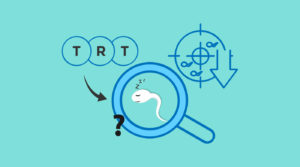 Does TRT Make You Infertile? 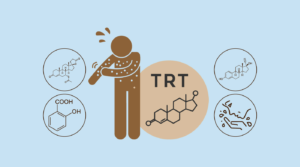