Sunifiram, originally developed as a potential cure for Alzheimer's is now being used as a “smart drug”. However, the compound lacks research and there are no long-term studies proving its effectiveness and proclaimed benefits. Read more to find out if this nootropic is really for you!

Consistent dedication and hard work augmented with the use of nootropics can really help you excel in all walks of life.

Different nootropics work in different ways to keep your all brain health covered.

Whether it is helping you focus, improving your concentration, or enhancing your memory, nootropics make sure that your life goals are easily achievable.

In this long series of nootropics that I am covering, one such nootropic that we are talking about today is Sunifiram.

Originally developed in the hope of a potential cure for Alzheimer’s, it soon gained popularity as a “smart drug”.

Let’s talk about Sunifiram in this article, and I will make sure to give my opinion after carefully considering all the scientific data as well as anecdotal evidence regarding Sunifiram.

Sunifiram, with a code DM-235, is a nootropic drug that was derived from Piracetam in early 2000 with the hope of managing and treating Alzheimer’s patients.

Sunifiram is structurally analogous to Piracetam, however, it doesn’t belong to the racetam family owing to an alteration in chemical structure (the breaking of the pyrrolidone backbone) (1).

Sunifiram is categorized as an AMPAkine drug and pharmacokinetics suggest that it works in a similar way to how Nefiracetam works in the hippocampus.

Pharmacodynamical studies suggest that it is much more powerful than Piracetam; it may be 1,000 times as potent as this common nootropic. (2)

How Does it Work?

Sunifiram works through three main mechanisms of action, which are:

Glutamate is a neurotransmitter involved in synaptic plasticity and memory formation. It plays a critical role in communication between neurons, particularly in the hippocampus, where memory formation and long term-term potentiation occur. Low levels of glutamate have been tied to difficulties with attention, memory, and learning.

Once this drug enters the brain, it binds to AMPA and NMDA receptors – which leads to increased levels of glutamate. Because of the effect of Sunifiram on different receptors, research suggests that the cognitive benefits of the compound are largely due to this property.

Sunifiram is similar in the mechanism of action to members of the racetam family when it comes to its effects on acetylcholine levels in the brain. Acetylcholine (ACh) is the primary neurotransmitter involved in concentration, learning, and memory.

This compound enhances ACh release, although the exact way in which it does so is unknown. This boost in ACh helps to benefit learning, memory, and focus.

This study demonstrates that this drug may either increase or decrease cellular metabolism depending on the dose. (3)

Considering the different effects of Sunifiram, let’s see how each of the mechanisms of action followed by Sunifiram leads to widespread benefits on brain health.

These effects may be due to an increase in ACh and glutamate levels in the brain.

One animal study supports the energizing effects of this nootropic. Mice who were given a sleep-inducing drug slept less when also taking Sunifiram.

This effect can be correlated with its impact on glucose and cellular metabolism. Scientific evidence has found that a lower yet optimal dose of Sunifiram is linked with increased mental energy while higher doses can lead to adverse effects.

Increased glutamate levels can also lead to increased energy levels and help fight off fatigue, which can help to clear brain fog. Users report feelings of motivation and clarity, which can be extremely helpful when studying or completing a tedious task.

Research on mice found that Sunifiram exhibits analgesic properties as well. When mice were exposed to heat, supplementation led to a delayed response, suggesting reduced feelings of pain.

Many neurohackers report improvements in mood when taking this compound, consequently leading to reduced anxiety and depression-like symptoms.

While there is no scientific evidence supporting its anxiolytic properties, it can be hypothesized that it may improve the symptoms because lower levels of glutamate is linked to depression-like symptoms.

Sunifiram is not an FDA-approved drug and no country has approved its use either as a drug or supplement. However, people who use nootropics regularly validate the use of Sunifiram.

These regulations are largely because there are no human clinical studies identifying the safety and efficacy of Sunifiram. And whatever research has been done so far is at a very early stage involving mice only.

Nonetheless, you may find some local online vendors in USA selling Sunifiram so be careful when making the purchase!

This nootropic seems to be very potent based on all the anecdotal evidence available, so small doses can yield impressive results.

Note that lack of scientific evidence means you can’t know the exact and optimal dose that will work well for the users!

Typical dosage ranges from 3-10 mg/day early in the day. The more you take, the more stimulatory effects you will experience. Do not exceed 10 mg/day – studies suggest that certain beneficial mechanisms may reverse at higher doses.

The exact half-life in humans is unknown, with estimates ranging from 45 minutes to two hours. With this short half-life, you may choose to split your dosage into 2-3 equal doses throughout the day.

Users who take large doses and supplement every day report building a tolerance. To avoid tolerance, you may choose to cycle Sunifiram by supplementing during the week and taking the weekend off. Another common cycle is 2-3 weeks on followed by 1 week off.

It is a stimulating nootropic, so you will want to avoid taking it too late in the day as it may cause insomnia.

Therefore, the best time to take Sunifiram is either after your breakfast or in the afternoon to experience a surge in energy and mood.

When taken within recommended dosages, this drug appears to be well-tolerated. Please keep in mind that it has not undergone human clinical trials, nor has it been on the market for very long.

Side effects that have been reported include:

As its chemical structure is very similar to racetam drugs, the safety profile may be similar. But again, dedicated human trials involving Sunifiram haven’t been performed so it is difficult to predict the long-term safety profile of the nootropic.

Perhaps user experiences are the best way to assess the efficacy and safety of Sunifiram since there is no research evidence available.

got some sunifiram a few days ago. I have to say that it isn´t as bad as many say, it´s mildly stimulating gives a slight euphoria and makes music sound better. Didn´t notice any of that “dirty” sides many noted.”

“Sunifiram was my first experience with a “smart drug”. During the first two days, the effects were mild and nearly unnoticeable. After the third day, I felt a positive improvement in my mood and focus. Since there are no sufficient studies on the long-term use of this substance, I will discontinue its use and seek other Nootropics with better background research.”

“Sunifiram at 5mg sublingually gives me an intense laser-like focus that is actually rather uncomfortable, especially in social settings. I would liken it to a mega-dose of Noopept.”

Where to Buy Sunifiram?

Unfortunately, you will not find this supplement in local drug stores or through a doctor’s prescription. Not only this, I tried finding any authentic online vendor selling Sunifiram but that wasn’t the case either!

What I would suggest is if you are really determined to using Sunifiram, you can make your purchase from any vendor that you may trust and who offers Sunifiram.

This nootropic stacks well with Noopept and choline. It is best to avoid stacking with stimulants as many users report negative experiences because Sunifiram is itself a stimulant.

Combined, many users report impressive benefits for memory, focus, energy, and mood. Research suggests that using both nootropics together can lead to reduced symptoms of anxiety and depression.

However, for many, these effects reduce if used together for extended periods of time. You may be able to extend these benefits by cycling Sunifiram.

Because this drug leads to an increase in ACh release, it is recommended to stack with a source of choline. When choline stores are low, this can lead to headaches, dizziness, and other side effects. Sufficient choline will also enhance the nootropic benefits.

Alpha GPC and Citicoline (CDP Choline) are two highly bioavailable sources of choline that are able to cross over the blood-brain barrier.

Thus, stacking Sunifiram with these highly bioavailable choline sources can help you mitigate the risk of side effects and also experience enhanced nootropic effects.

Sunifiram vs Other Compounds

Phenylpiracetam is a phenylated derivative of piracetam. Because it belongs to the racetam family of nootropics, it typically works that way by increasing the dopamine, norepinephrine, and acetylcholine levels.

Phenylpiracetam was originally developed for the treatment of Parkinson’s disease whereas Sunifiram was developed as a potential cure for Alzheimer’s.

Besides, there has been substantial research proving the efficacy of the nootropic, unlike Sunifiram.

Thus, in my opinion, using Phenylpiracetam may give you more enhanced nootropic effects as well as solidify your brain health.

These two compounds are structurally similar and belong to the same category of Ampakine nootropics. Their effects on memory, learning, and concentration appear to be very similar.

These two compounds were both created in 2000. Sunifiram has been widely used in the nootropic community since 2013, however, Unifiram is newer and less popular.

While they exhibit similar effects and work through the same mechanisms, Sunifiram is much less expensive than Unifiram.

If not No, definitely not Yes!

Sunifiram is way back from human clinical studies and there is no significant research proving the effectiveness, safety, and efficacy of the compound.

Besides, no regulatory authority such as FDA has approved of its use at all.

While one may argue about the anecdotal evidence but that is also quite limited. Thus considering all of that, I would strongly suggest using other better and research-backed alternatives rather than Sunifiram to experience enhanced nootropic benefits with complete safety!

What is Sunifiram used for?

Sunifiram is an experimental drug that possesses antiamnesic effects as shown by mice-based clinical studies.

How long does Sunifiram take to kick-in?

Sunifiram seems to have a half-life of 1 to 2 hours.

Is Sunifiram a racetam?

No, it doesn’t belong to the racetam family because of slight alteration in its chemical structure. 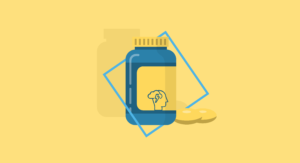 Best Nootropics for Mood and Anxiety 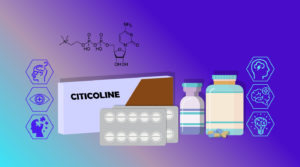 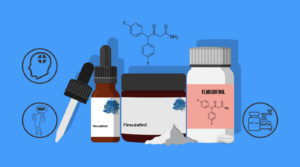 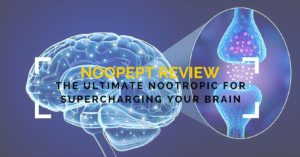 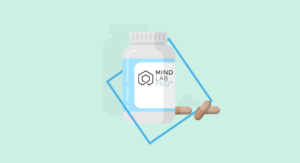 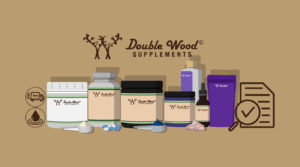