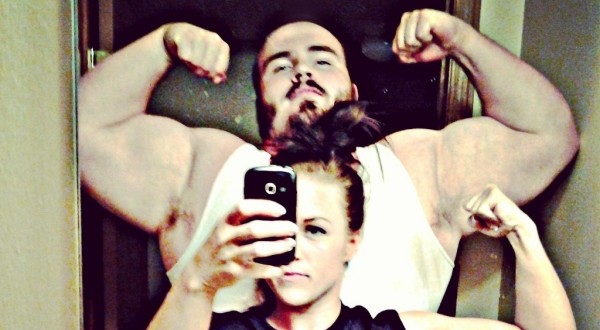 Burley, can you give us a little background. What’s your age and when did you start lifting?

I just turned 25. I started lifting weights when I was around 14, started powerlifting about two years ago, and started competing May of this year.

What lead to you training at Westside?

I competed in a meet ran by Laura Phelps down in Cincinnati May 25 of this year. Louie was there as a judge, and I was fortunate enough to put together a total he thought was good enough to cut it at Westside

Can you tell us how you were training before Westside, and how your training differs now?

My training before was just real basic. I really just did progressive overloads. I’d lift three days a week and usually lift at 90% + of my max unless I was beat up.

I’d also do things like take a max squat and a max deadlift during the same workout. After my main lift was completed I’d move onto accessory work.

Now, Louie has me training 100% Westside obviously, the same training the multi-ply guys do, and I’ve made some serious gains fast. I’ve taken my squat from 840lbs to 900+ in about 7 weeks. That was when I was coming down on Saturdays only because I lived in northern Ohio.

Now that I’ve moved down here I’m sure all my other numbers will climb as well. A lot of raw guys take shots at the conjugate system but I think it works for any type of lifter.

Do you squat wide or more conventional?

Before I was squatting narrow. I’m now squatting wide. 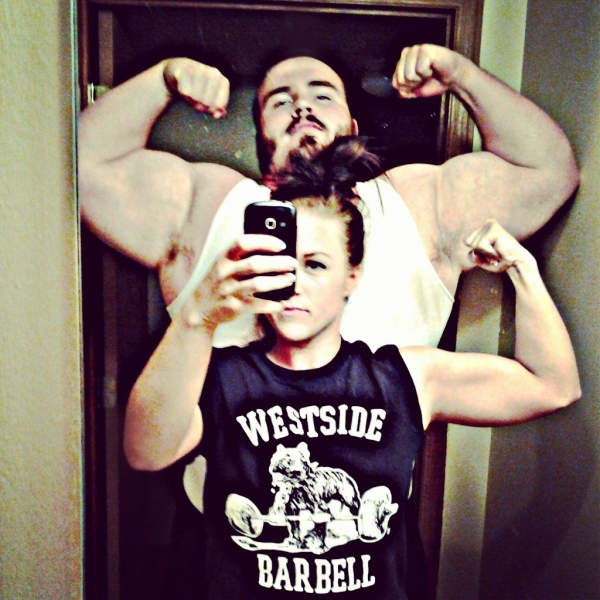 How long did that transition take you?

Actually only about a day. My first day at Westside Louie had me squatting to a box, gradually putting my feet further out each set. After that, I had pretty much learned the basic movement and have been working to master it since.

Can you tell us when your next meet will be and what your goals are?

I’ll be competing in the Westside Pro Invitational in York, PA this Saturday, August 17th. My goal is to hit a 2400lb total.

What were your specific lift numbers at your previous meet?

I went 825/600/800 for a 2225lb total. I kind of cut myself short because I didn’t realize how easier it is to lift heavy weight with the proper bars/equipment. The gym I previously trained at had regular 45lb bars, and narrow bench pads. Once I realized how much I had left I decided to shoot for 2400.

Don Reinhoudt holds the all-time raw record of 2391. What would it mean to you personally to become the greatest raw lifter in the history of the sport?

It would mean a lot. I’ve dedicated a large part of my life the last 3 years to getting my numbers where they need to be, so doing something like that would be the ultimate payoff. Regardless if I break the record or not I still would give Don Reinhoudt plenty of credit for doing it in an era where they had very limited supportive gear. I have a tremendous amount of respect for the old school raw lifters.

Do you have plans to move to equipped lifting?

I’ve got plenty of time my friend.

I do have plans to get into gear immediately following this meet. We’re expecting my squat suit and bench shirt to be in next week. I have a pair of Inzer briefs which I have used for one squat session thus far. 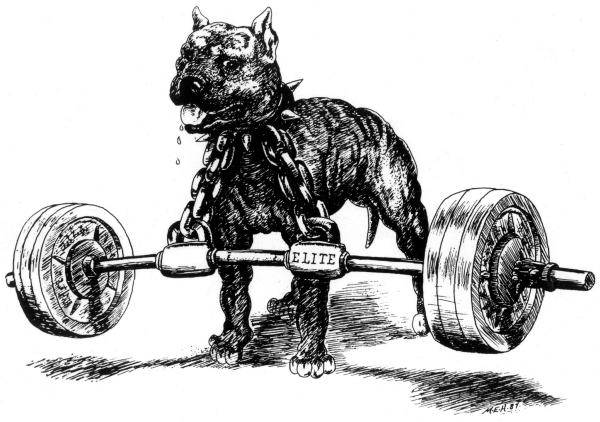 Can you tell us how you approach nutrition? Do you focus on any specific nutritional goals each day?

My nutrition isn’t anything special actually. I eat when I’m hungry, about four large meals a day, at least 1000 calories per meal. I try to stick to milk, meat of any kind, potatoes, pasta, and rice. I also try to consume as much water as I can per day.

Changing topics, which powerlifters do you look up to or respect the most, and why?

I’m a big fan of old school powerlifting. The guys I look up to would be Bill Kazmaier, Doug Young, Don Reinhoudt, Jon Cole, Doyle Kenady, and O.D. Wilson.

Which lift is your favorite to train, and which is your least favorite?

What has been your greatest challenge in powerlifting?

My biggest challenge thus far is to keep my training intensity in check. I’ve been lucky to avoid injury, but if I hadn’t come to train under Louie I would have probably ended up hurt. He makes sure I shut it down when I need to. 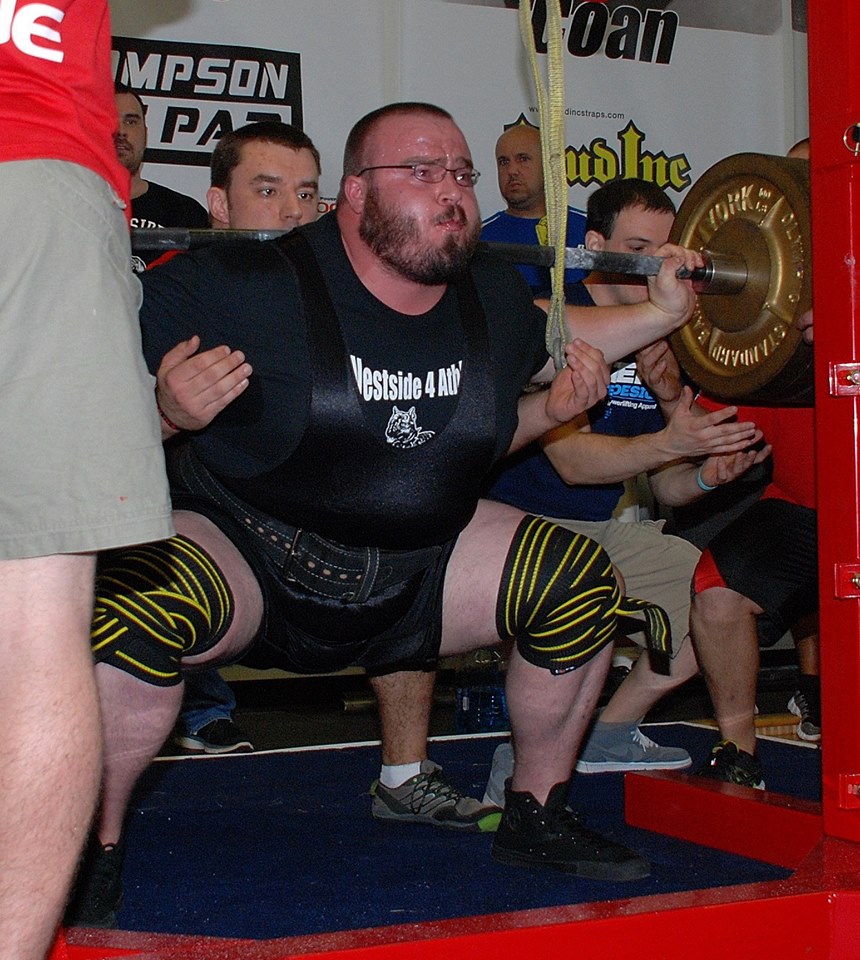 Can you tell us one thing about yourself that might surprise other lifters?

I’m a real humble guy. I respect all lifters regardless of strength level. I think one of the things missing from today’s lifters is mutual respect regardless of program allegiance or skill level. I also have zero Youtube videos of me
lifting which makes people probably question my ability.

Can you tell us one thing about Louie Simmons that might surprise us?

That dude is the most giving person you’ll ever meet. I’ve known him for about three months now and he has done more for me and my lifting career than anyone ever would have. He takes excellent care of his guys and that’s why Westside does what Westside does.

Anyone who actually knows Lou realizes this. All he cares about is progressing the sport. He also pays absolutely no attention to anybody talking about him on the Internet so the haters can keep wasting their time.

What is your favorite thing about training at Westside?

It’s all about the environment and training partners. You’ll constantly be pushed to get better, because there isn’t anyone there that accepts average results. It’s cool for me to get the chance to train with multiple guys that lift SHW. However, the best thing would be having the opportunity to train under, and compete for Louie Simmons. The guy is a strength legend.

What is your go to PR song?

Anything by Lil’ Boosie.