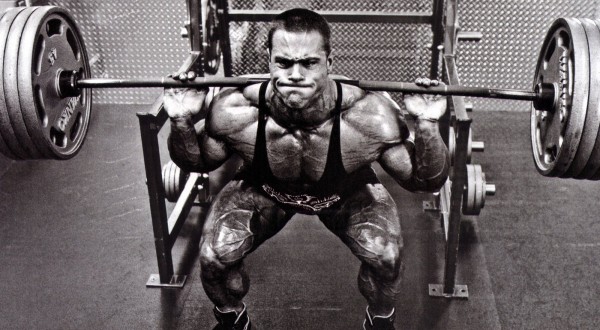 There are literally thousands of muscle building routines on the Internet. More then enough to confuse even the most season bodybuilder. But one piece of training advise rings truer then any other…20 reps squats build muscle.

20 rep squats are the undisputed king of muscle building exercises. If you want to get big, you can’t go wrong with using the 20 rep squat as the cornerstone of your workout.

Why the 20 Rep Squat? Why not the 20 rep bench press, or the 20 rep bicep curl? Simply put, the squat is the most anabolic of all weight training lifts. The deadlift comes in at a close second. Some might argue that the deadlift deserves equal placement with the squat, though I believe the squat to be a generally safer exercise, and better for back health.

The 20 rep squat is anabolic. Perform a 20 rep set of squats, and your body is forced to respond. Though the set lasts only several minutes, your body will be shocked. No other exercise forces your entire body to grow.

The 20 rep squat makes you mentally tough. If you can handle the 20 rep squat, you can pretty much handle any other bodybuilding training technique or tactic.

Performing the 20 rep squat. You’d be very lucky if you were capable of performing a 20 rep squat right out of the gate. For most bodybuilders, it takes several weeks or months to work up to 20 total reps.

Here’s how I recommend you approach 20 rep squats:

You goal is 10 reps. Your first goal should be to hit 10 reps. Your lungs, and your will to continue, will generally scream for you to stop long before you hit muscular failure.

At least 1 rep per week. Try to increase your total squat reps by at least one rep per week. If it takes you 10 weeks to work up to a 20 rep squat set, so what.

Take your time. You do not need to rush through reps. Take several deep breathes between reps. A 20 rep squat set isn’t a sprint…it’s a marathon.

Weight progression. Once you hit 20 total reps, move up in weight by 5 pounds. Continue to progress in weight as long as you are able to perform 20 squat reps.

You may occasionally need a back-off week. During these weeks, you can lower your total weight by 20-30 pounds, and take it easy. Don’t do this more then once a month. The following week, jump right back to the weight you were using previously.

After years of training, it may become difficult to move up in weight. But by this time, you will have packed on an amazing amount of muscle muscle, and further weight increases won’t be as vital.

Conclusion. The 20 rep squat set should be the cornerstone of any training routine. If you are a natural bodybuilder looking to gain muscle mass as quickly as possible, there is no reason to avoid this brutal, but effective exercise.