The first prohormone ever to be invented was a compound called 1-AD, invented by chemist Patrick Arnold.

Due to the success of 1-AD, several other pro hormones were later invented, helping men pack on muscle and develop incredible strength without taking anabolic steroids.

However, these gains were coming at a cost as pro hormones were giving users negative side effects, somewhat similar to anabolic steroids.

This resulted in the creation of the Anabolic Steroid Control Act of 2004, making the purchase of prohormones illegal.

Many of you already know about anabolic steroids, but what exactly are prohormones and what’s the difference between the two?

Your body already produces steroids naturally, such as: glucocorticoids, mineralocorticoids and androgens (testosterone and DHT).

Prohormones are compounds that increase your natural steroid production only once they enter the body. Without this conversion, users wouldn’t be able to experience significant strength and muscle gains.

However, because what you’re initially putting into your body isn’t the synthetic hormone itself, prohormones aren’t classed as steroids. Whereas with steroids you’re injecting/swallowing synthetic versions of the actual hormone.

Disclaimer: The information included in this article is intended for entertainment and informational purposes only. It is not intended nor implied to be a substitute for professional medical advice. Prior to buying anything, check that it is compliant where you live with your current government laws. There are several prohormones available today which abide by the Anabolic Steroid Control Act of 2004. Basically meaning the pro hormones you can buy now possess less dangerous side effects.

On the flip side they’re also significantly less anabolic than steroids, thus your gains will only be a fraction of what they’d be if you were to take anabolic steroids.

Here’s a list of branded prohormones which are available today:

Taking legal steroids (or steroid alternatives) are other supplements you can take to transform your physique.

Legal steroids are made to try and replicate anabolic steroids; but without the damaging side effects. Legal steroids/steroid alternatives are made up of powerful natural herbs and blends that may be able to give you gains; without compromising your ‘natty’ status.

If you aren’t prepared to break the law, risk getting ripped off in the black market and don’t want to experience the dangerous side effects of anabolic steroids; legal steroids and prohormones are great alternatives.

The main difference between steroids and prohormones is the conversion process once the substance enters the body. When you take steroids you’re actually administering the hormone into your body.

With prohormones you’re ingesting a compound that is NOT the hormone itself, but upon entering your body the levels of that hormone increase.

Many people online make the mistake of thinking prohormones are the same as steroids and that you can gain similar amounts of muscle as compounds such as dianabol and trenbolone. This is false.

Prohormones work completely differently and will not help you build as much muscle as real steroids. There’s a reason why prohormones are legal and that’s because they’re a lot less harsh on your body. However, saying that, prohormones are still pretty powerful; hence how some people believe they’ll be banned soon.

I hope this definition clears things up in regards to what prohormones actually are, whether they’re legal and the key differences between steroids vs prohormones.

Are Prohormones Worse Than Steroids?

Are prohormones worse than steroids? For the most part, yes. But before we explore the reasons, let’s get something out of the way. Steroids are illegal. Go to jail illegal.

All Prohormones are legal. Not go to jail legal. This article is not condoning illegal use, nor is it encouraging you to use steroids over prohormones. The intention of this article is to show you that the legal steroids called prohormones are dangerous, and should not be taken before performing proper research on the long-term side effects.

Just because prohormones are legal, doesn’t mean they’re safer. In fact, it’s the opposite. here’s why:

Anvarol is the legal alternative for anavar. It works by boosting phosphocreatine levels in the muscles, which then spikes adenosine triphosphate (ATP) levels. 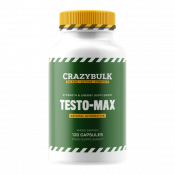 Testo-Max is the legal, natural alternative to sustanon 250 – the popular anabolic steroid. Testo-Max is all about enhancing the body’s natural testosterone levels in a safe, yet very powerfully way.

Prohormones are taken orally. Oral steroids are always far worse on the liver than injected steroids. Prohormones pass through the liver, and are very liver toxic. This chemically induced liver damage, known as hepatoxicity, is primarily caused by the larger percentage of molecules that have a methyl 17a by weight compared to conventional oral steroids.

Prohormones are not thoroughly researched. Anabolic steroids have been researched on both man and animals, and have a long track record. On the other hand, there is very little prohormone research. The lack of research on prohormone substances presents too many uncertainties. Using prohormones makes you a lab guinea pig.

Prohormones are legal. Easier access means cheaper cost, and generally more abuse. Especially for beginning lifters. Beginners generally don’t use steroids for a number of reasons…no access to them, fear of jail, etc. But it is extremely common for beginning lifters to use prohormones, long before they learn proper training and diet.

This article was first written in 2009. In 2014 Barack Obama signed the Designer Steroid Control Act, meaning many popular prohormones got banned – including Superdrol, Epistane, Havoc, Halodrol, P-Mag and more.

This proves that prohormones weren’t safe like many people first thought; and consequently the prohormones legally available today need to comply with new laws. As a result, prohormones that aren’t banned today will have less toxicity compared to the likes of superdrol and co. However, they’re still capable of causing severe negative reactions in users. 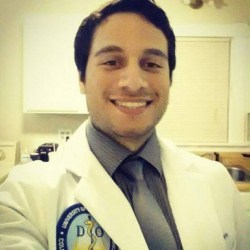 In terms of prohormones’ safety profile, this has been a commonly debated topic over the years. It’s well established that anabolic steroids can be dangerous to one’s health, especially in the presence of confounding variables. But what about prohormones? The peak of this debate occurred during the 2000s as prohormones were widely available online. Lots of teenagers swarmed websites that sold them, in the hopes of obtaining the benefits of anabolic steroids but minus the side effects. After knowing the definition of a prodrug and prohormone (below), it would be intuitive to assume that prohormones are not any safer than anabolic steroids.

A prodrug is an inactive chemical substance which converts to an active drug after the human body has converted it into its active form. Thus prohormones aren’t forms of testosterone, but once they’re ingested by users, they convert to such. In comparison, anabolic steroids are already hormones (testosterone), before entering the body.

If the prohormone is 17-a methylated, it will be a liver toxic drug. This is commonly known and a well established side effect among oral anabolic steroids, but often forgotten when discussing prohormones.

An example would be methyl 1 testosterone (M1T). A very powerful oral prohormone that induces highly similar (and equally potent) effects to anabolic steroids. However, M1T’s side effect profile can be incredibly intense. The fact that it is 17-a methylated means it’s highly liver toxic and as damaging to the liver as many toxic oral steroids.

Similarly, chlorodehydromethylandrostenediol which was also known as Halodrol, is another example of a liver toxic prohormone. This drug is the prohormone for Turinabol. It’s easy to see why taking the prodrug of an anabolic steroid can make very little sense, particularly when it is potentially more toxic to the body.

These drugs will cause variable side effects based upon their specific properties. Besides the discussed liver toxicity of 17-a methylated drugs, many are also nephrotoxic (toxic to the kidneys). They also damage the cardiovascular system both directly and indirectly. Distortion of the lipid profile can be seen, with decreased HDL and elevated LDL. Hypertension is quite common, especially if the drug induces significant water retention. While some of these effects may be transient, some others such as the nephrotoxicity may be permanent.

A significant worry and risk with prohormones, is the suppression of the hypothalamic – pituitary – gonadal (HPG) axis. Once exogenous hormones are introduced into the body, the body naturally signals itself through a pathway to shutdown natural production of testosterone. If the user is taking in a random, non-testosterone based, prohormone; they will have very little relative testosterone in their body. Considering the young age that many users began prohormones, this major side effect is particularly worrisome. And this type of hypogonadism (anabolic steroid induced hypogonadism aka ASIH) has unknown long term repercussions given that it’s not been adequately studied.

In conclusion, it is obvious that prohormones are not any safer than anabolic steroids. They carry the same HPG axis suppressive effects, damage the internal organs and essentially induce the same side effect profile as anabolic steroids.

The only difference is that they’re more likely to be used improperly because many users view them as a supplement, rather than a potent and dangerous drug. In addition, given that more users are younger (compared to AAS users), the overall outcomes with prohormones are likely to be worse. All of these issues are confounded by the fact that there is very little to no literature available on the long term side effects of these drugs. While this is also true for AAS, it is far worse with prohormones.

Prohormones are precursors to hormones. Many prohormones have the same effects as that of anabolic steroids. They help in muscle building, and fat loss.

Prohormones enhance testosterone levels. Testosterone is the male hormone which is responsible for growth, stamina, endurance, aggression and other manly characteristics. Due to the above mentioned benefits of prohormones, it has become popular for athletes, bodybuilders and contestants of power sports such as weightlifting, power lifting and bench pressing, etc., to take prohormones.

But due to possible side effects, and their capability to provide undue advantage to their users, they have been banned by most sports regulatory bodies.

The answer to both the questions above is that there are alternative supplements and ways available to gain muscle mass. It’s not that you would not be able to get the results that could be attained easily by the help of prohormones. It’s simply that you would have to look for other alternative supplements to provide you with the required elements.
Following are some of the best alternatives available to provide you with same results:

Summary. Do your research before messing with prohormones. Prohormones should never be used by those under the age of 21, nor by beginning lifters. Maximize your natural potential before you even consider prohormone use. 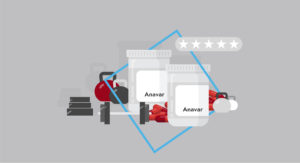 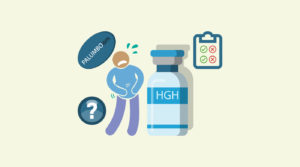 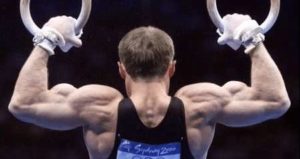 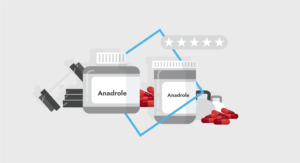 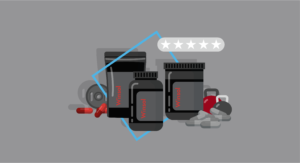 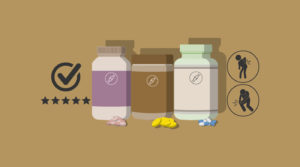