Unless you’ve been living under a rock, you’ve almost certainly seen or heard of CT Fletcher.

AKA the guy on YouTube who ‘commands’ his arms to grow by literally shouting at them.

He has numerous (drug-free) strength titles including:

Impressed? It doesn’t stop there.

CT also appears to be invincible, coming back to life 3 times after dying on the operating table (2).

He strongly claims he’s all natural and that he grew his 22 inch arms 100% without touching a steroid. Despite this, many people do believe he’s taking steroids including bodybuilding legend, Leroy Colbert, who personally called him out on Youtube.

For the unaware Leroy Colbert is known in bodybuilding as the first man to grow 21 inch arms without taking steroids. Leroy’s opinion however is biased, as CT Fletcher is claiming to have achieved the same phenomenal feat, thus potentially seeing him as a rival from a different generation.

Steroids or not, at 57 years old CT still looks like a beast.

But many will want to know…

Did CT grow 22 inch arms naturally by commanding them to grow, or has he been juicing the whole time?

CT Fletcher has been drug tested

In a bid to try and prove his natty status he arranged to be drug-tested by a doctor, which he passed and published on Youtube.

However, steroid-users can pass tests which aren’t conducted at random times because they can stop running certain substances, enabling them to clear out of their system in time for the test.

But CT Fletcher (like Mike O’Hearn) has competed in the INBA bodybuilding federation. The INBA is known for being an extremely strict natural organization. They perform blood, urine and lie detector (polygraph) tests on their athletes at random times throughout the year.

This random testing is crucial in determining legitimate natural bodybuilders, because this stops them from organizing a protocol to beat tests held on fixed dates.

If you fail just one of these tests your name will go up on the INBA’s wall of shame page on their website. Thus a bodybuilder with a huge following such as CT wouldn’t compete in a federation like this, because he’ll be at risk of of losing all his credibility.

Was Young CT on Steroids?

“Okay maybe CT Fletcher was natural in 2011, but he could’ve been juicing earlier in his life”.

From looking at photo’s of CT over the years, he was the biggest in his powerlifting days…

If he was on steroids back then, his muscles would’ve shrunk considerably over the years.

However, his muscle size remains much the same. The only difference is he’s lost a significant amount of fat from his strongman days.

Because of this fat loss, CT actually looks better now…making steroid-use back then very unlikely.

Many steroid-users experience heart problems in their life. Some experience high blood pressure and others suffer from heart attacks.

CT Fletcher has congestive heart failure (4). However, in CT’s case this is somewhat genetic, with his mother experiencing the same condition in her late years.

The fact that this man is still alive after overloading on salt and saturated fat for 2 decades is nothing short of a miracle.

The documentary ‘Super Size Me‘ shows how a normal healthy man who lives on Mcdonald’s (even for a short period of time) can experience a major decline in overall health. Thus it’s clear steroids aren’t the reason for CT’s heart problems.

Does CT Fletcher Use Synthol?

Okay, so the evidence suggests CT doesn’t use steroids. But does he use synthol?

Some people have accused him of using synthol to make his arms bigger. For those who don’t know, synthol is an oil which is injected into the muscle to make it instantly bigger. It is literally the quickest way to get huge muscles.

Sound too good to be true? It is.

Guys who use synthol are the clowns of bodybuilding and they’re easy to spot. There muscles start to sag, becoming abnormally droopy.

…God knows why anyone takes the stuff.

It can also result in the muscles forming a strange, irregular shape. If you scroll up you can see a picture of CT displaying good definition and excellent (natural) shape when flexing his biceps.

His arms are his strongest muscle group, but they’re still in proportion to the rest of his body. So if he injected synthol to make his arms bigger, he’d also have to inject it to other muscle groups to stay in proportion.

Injecting synthol in many areas of the body would create an extremely artificial look that CT clearly doesn’t have.

From the above video, CT has 100% taken steroids in the past. However we believe he’s no longer on them.

He currently has no steroid side-effects; displaying fairly small traps and a tight midsection.

CT is a big fan of ‘overtraining‘ to build muscle. He claimed that he trained his arms every day for a year and a half to build his 22 inch pythons, putting the myth to bed in many people’s minds.

I have done many crazy high volume/overtraining experiments over the years including:

From these experiments I can confirm that CT’s view on overtraining is bang on the money.

Overtraining can work wonders for putting on size if done correctly. Attempting high volume training whilst overly stressed, deprived of sleep or eating in a calorie deficit however will result in the central nervous system becoming overtrained.

CT’s diet in his younger years also reveals that he was a believer in the philosophy: ‘you gotta eat big to get big’.

…Hence the Maccy D’s every day for 20 years.

How did CT get so big? 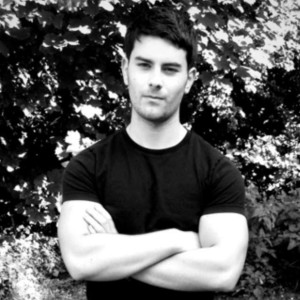